Haiti, the toll of the earthquake rises to at least 2,189 dead and 12 thousand injured 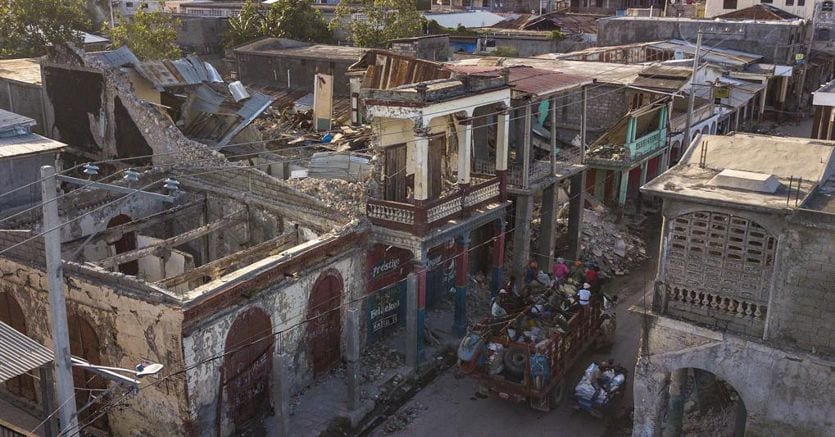 The death toll from the 7.2 magnitude earthquake that hit south-western Haiti five days ago has risen to at least 2,189 dead, over 12,000 injured and 332 missing, destroying more than 7,000 homes and damaging more than 12,000. The local Civil Protection announced last night on their Twitter account, adding that “rescue and search operations continue”. “We have around 600,000 people directly affected and in need of immediate humanitarian assistance,” said Jerry Chandler, director of Haitian Civil Protection.

Tensions due to the slowness of aid

But the Caribbean country, the poorest in the Americas, still tried by the 2010 earthquake that killed over 200 thousand people, is in chaos, also due to bad weather brought about by the passage of Hurricane Grace, which caused heavy rains throughout the area. . A dramatic situation, exacerbated by tensions due to the slowness of aid. At the small airport in the coastal town of Les Cayes, a crowd gathered outside the fence as a rescue flight arrived, whose crews then began loading boxes with food aid onto waiting trucks. A security guard fired two warning shots to disperse a group of young people. A crowd of exasperated people has also gathered on the collapsed buildings of the city, trying to create temporary shelters to shelter from the passage of the tropical storm.

After hitting Haiti, Jamaica and the Cayman Islands, Grace, classified as a Category 1 tropical storm, headed for the Riviera Maya, the heart of the Mexican tourism industry. The Caribbean coast of Mexico has therefore been plagued in the last few hours with heavy rains and strong winds throughout the night, and will keep tourists away from the white sand beaches until they finish crossing the Yucatan Peninsula.