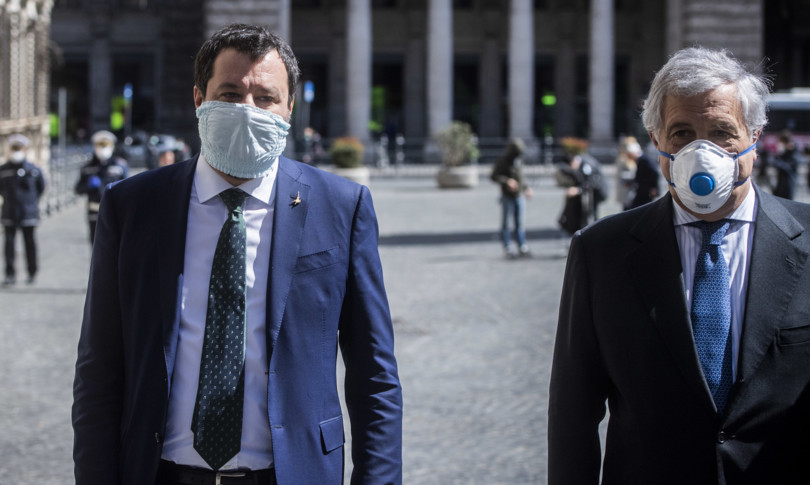 Appointment at the end of the Council of Ministers for the decisive discussion with Mario Draghi on the fiscal delegation. The leaders and group leaders of Lega, Forza Italia and the centrists, the so-called ‘government center-right’, are today at Palazzo Chigi to seek an agreement, after last week’s tensions in the Chamber’s Finance Committee, which later resulted in the threat of the ‘former lumbard ‘not to vote on the tax proxy.

On the table of the meeting, the clear opposition of Lega and FI to the part of the land registry reform that equates cadastral values ​​to those of the market. Priority theme for both parties, with Matteo Salvini and Silvio Berlusconi who for days have been repeating the mantra ‘the house cannot be touched’.

As for the centrists, it was the decisive vote of the exponent of NcI, Alessandro Colucci, that passed Article 6 on the land registry into commission. While last week Maurizio Lupi’s team instead voted compact with center-right colleagues.

In recent months and days, the Prime Minister has firmly rejected the criticisms of Lega and FI that evoke the risk of a tax increase. “The government has no intention of raising taxes“, Palazzo Chigi specified,” in the case of the fiscal delegation, President Draghi has specified, even recently, that the provision does not lead to increases in the taxation of regularly stacked properties. Nobody will pay more taxes. The government does not touch the homes of Italians. And the same will be for rents and savings “.

And the concept will be reiterated today by Draghi to the leaders Matteo Salvini, Antonio Taiani and Maurizio Lupi, accompanied by their respective group leaders. The concerns of Lega and FI remain e at the moment the positions on the knots to be untied continue to be distant. “On the issue of fiscal delegation, we are contesting three points”, the ‘Sherpa’ Northern League supporters in Parliament, Massimo Bitonci and Alberto Gusmeroli, explain to AGI.

“In the first place, the land registry reform, which, by tying the real estate value to the market price, entails the risk of an increase in house taxes – they explain – but, also affecting the first house on the Isee, risks increasing the expenses of families. for public kindergartens, school buses, canteen and social assistance “.

“We had proposed a mediation that would save the first paragraph of article 6 on the land registry – Bitonci and Gusmeroli recall – even if the first paragraph concerns the registration of illegal houses that can already be done with the existing legislation”.

“Secondly – continue the Northern League – we see critical issues in the introduction of the dual system on the reform of the personal income tax in general which concentrates the coupons first in two rates and then in a single one: this can lead to an increase in taxes on agreed rents currently at 10%, on government bonds currently 12.50% and on the coupon on free housing rents currently at 21 % “.

“Third: since the enabling law is absolutely generic, a few pages to reform the entire Italian tax system – they conclude – we asked for the implementing decrees to become law after Parliament seems to be binding”.

“At Draghi we will confirm our positions on two issues that are fundamental for us: housing and justice”, explained Tajani in recent days. “We are in favor of a land registry reform that brings out phantom properties, but this reform must not increase house taxes and block the real estate market,” he continued, saying he was convinced that an agreement could be found.

And Berlusconi asked the prime minister not to place his trust in fiscal delegation and the reform of the CSM. “On one principle, the center-right is united. We must not increase the tax burden,” explained Lupi for his part. “In tomorrow’s meeting with Prime Minister Draghi we will certainly find a solution. We must give guarantees – he stressed – that in the implementation of this reform there are no drifts that can become a tool for raising taxes. There are also positions in the center-right. and different sensitivities, but this is our guiding principle. It is time for all the political forces that support the government to take responsibility. ”

Within the center-right, the debate continues in view of the second round of the French presidential elections. Historical ally of Marine Le Pen, since 2012, Salvini is the only member of the coalition to openly support the leader of the Rassemblement national. While Forza Italia and NcI would see Emmanuele Macron’s statement more favorably, Giorgia Meloni made it clear that “no candidate” represents her in the ballot.