Joe Biden accuses Russia of genocide for the first time – President has previously avoided using the word, Zelenskyi thanked for the speech – Abroad 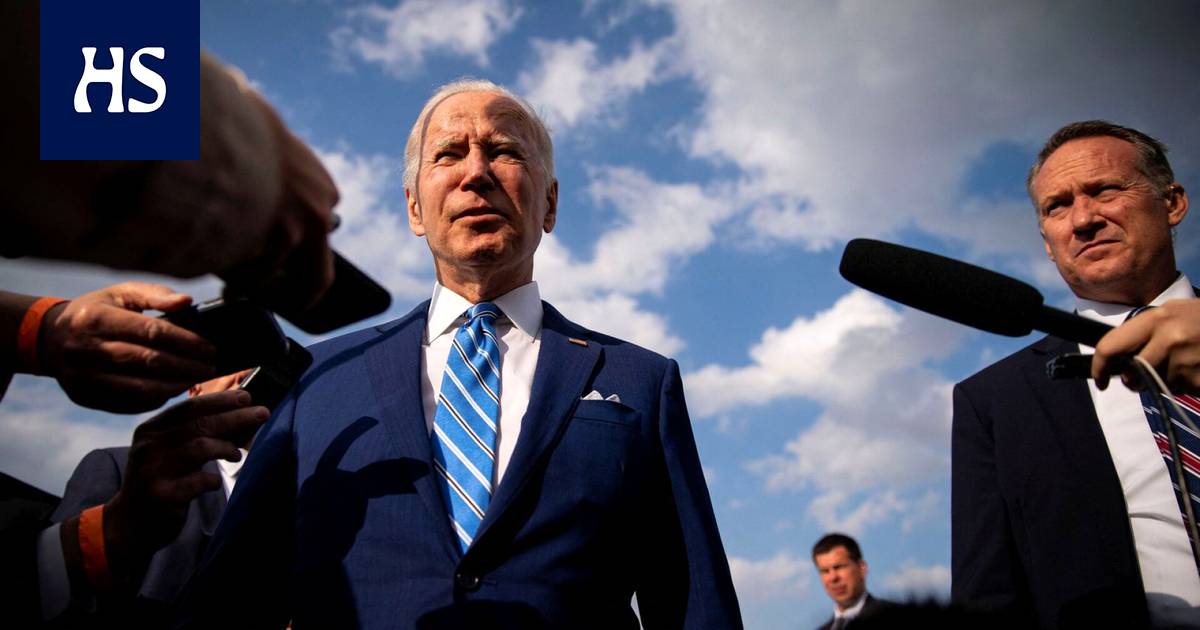 “Your family’s budget, your ability to fill your gas tank – none of this should depend on a dictator on the other side of the world declaring war and committing genocide,” Biden said.

The United States president Joe Biden called local time in a speech in the city of Menlo, Iowa, on Tuesday, called Russia’s actions in Ukraine a genocide.

In his speech, Biden was to address, among other things, the rise in food and oil prices in the United States.

In the midst of the sentence, however, Biden turned the subject to Russia and used a word that the president had never used before after Russia launched a full-scale attack on Ukraine on February 24th.

“Your family’s budget, your ability to fill your gas tank – none of this should depend on a dictator on the other side of the world declaring war and committing genocide,” Biden said.

President the sentence was immediately seized in the U.S. media.

For example CNN called The use of the word “genocide” as a dramatic rhetorical change in the official position of the United States about what is happening in Ukraine. Washington Postin the story is about a significant change in language use.

Biden later confirmed to reporters at Des Moines Airport that he deliberately used the word “genocide”.

The president was asked what made him use that word and whether he had seen enough evidence to declare the events genocide.

“Yes, I called it genocide. It has become increasingly clear that Putin is trying to wipe out even the idea of ​​being Ukrainian. The amount of evidence is growing. The situation is different than last week. There is getting more and more evidence of the horrible things Russia has done in Ukraine … We let international lawyers decide if the events meet the definition, but I think it seems, ”Biden said.

President of Ukraine Volodymyr Zelenskyi thanked Biden very quickly after the president’s speech and said at the same time that in addition to verbal support, Ukraine needs more military equipment.

“Words of truth from a real leader. Calling things by their proper names is essential in the fight against evil. We are grateful to the United States for the help we have received so far and urgently need more heavy weapons to prevent further atrocities in Russia, ”Zelenskyi wrote on Twitter.

President Biden has in the past avoided using the word “genocide” when talking about Russia’s hostilities in Ukraine, although the Ukrainian leadership has long spoken of genocide, especially after the atrocities in Bocha and other cities came to light.

It is likely that Biden has not spoken of genocide in the past because it is a crime precisely defined in international law. The Finnish Penal Code refers to genocide as genocide.

Therefore, before this, Biden has remained on a more official line and accused the Russian president Vladimir Putin war crimes. As recently as Monday, Biden refused to call the atrocities uncovered in Butcha genocide when asked directly about the matter.

“Do you think this is a genocide,” the reporter asked Biden on March 4th.

Washington Post writethat Biden ‘s latest statement is yet another indication of the balance Biden strikes between his desire to condemn Russia’ s brutal attack and that, at the same time, he knows that certain legal terms are likely to lead to backlash from Russia.

Biden has already called Putin a war criminal before. At the end of March, he was shocked in Warsaw after saying that “Putin can no longer continue in power.” The White House later clarified that Biden was not seeking a change of regime in Russia.

The word genocide was first used during World War II to describe the Holocaust perpetrated by Nazi Germany. In 1948, the UN General Assembly adopted a convention to prevent genocide.

As a definition of genocide is intended to “destroy, in whole or in part, a national, ethnic, racial or religious group as such”. The genocide has been convicted over the years, including the Rwandan genocide and the Srebrenica massacre in Bosnia.

However, the line between genocide and crime against humanity has sometimes been difficult to define, points out, for example, the British newspaper The Guardian.