“We have restored dignity and education to thousands of Afghan women. And now? Nothing is lost, the day will come back “ 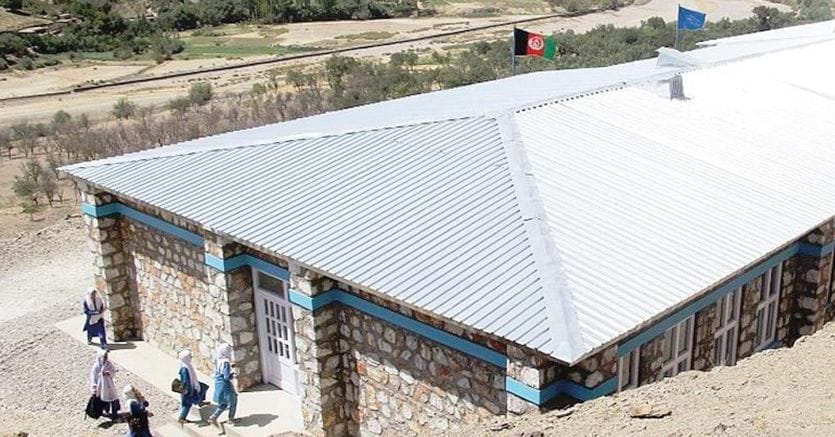 What will become of the future of women in Taliban Afghanistan? The question is particularly valid for myself who, with a small organization, Arghosha Faraway Schools, has been trying to promote women’s education in the country for 17 years. With just under $ 3 million raised, we funded the construction of 15 schools (the last one pictured above), created 22 university scholarships, supported literacy programs for 2,000 adult women, qualification courses for 300 teachers, of English and computers for dozens of recent graduates.

The schools are state and secular according to the national curriculum. They host 7,000 students, including 5,500 girls from grade 1 to 12 (from 6 to 18, from elementary to high school). They have a staff of over 300 teachers. In all, we serve a community of 50,000 people in the provinces of Bamiyan and Daikundi, in central Afghanistan.

Most of our effort takes place in a region populated by the Hazara ethnic group, of Shiite confession and Mongolian ethnicity, descended from the infamous hordes of Genghis Khan. Since those golden times their destinies have been precipitated and for over a couple of centuries they have been a submissive minority, if not persecuted, until the genocides carried out by the Taliban in 2000.2001 and culminated in the destruction of the Bamiyan Buddhas because they were considered idols by the Sunni extremists.

We have channeled our efforts to this region because the population is the most disadvantaged in the country and the area has been very stable, guaranteeing a strong return on our investment. The people are very industrious and the women, unlike the rest of the country, help in the fields. They wear the hijab and not the burqa and are more emancipated. In all these years following the fall of the Taliban, the Hazaras, who, unlike the Pashtun, Tajik and Uzbek ethnic groups, did not have their own armies, have staked their cards on education.

The results have been seen and today the Hazaras, women in the lead, occupy important positions in the world of media, public administration, sports, art, even the police force. Their social rise has been thwarted by numerous attacks largely by ISIS, aimed at terrorizing an ethnic group considered to be infidels. The images of blood three months ago in a girls’ school in Kabul went around the world.