The Italians want more Europe, even in defense matters 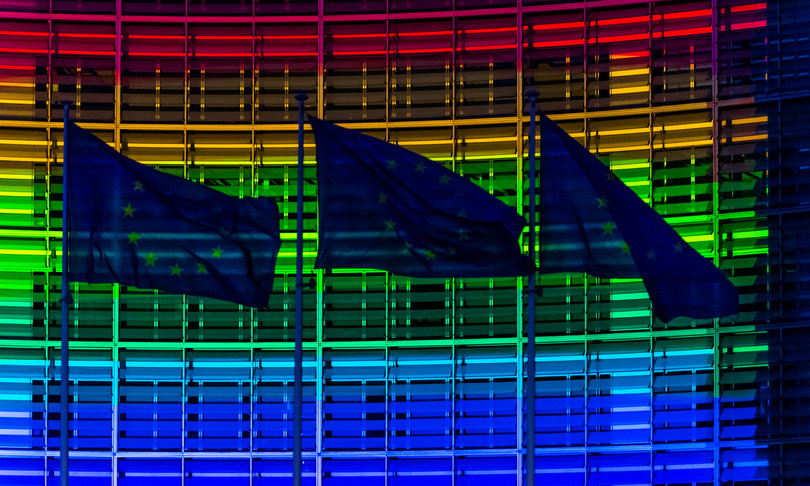 A stronger and more cohesive European Union, capable of giving unified responses to global and historical challenges, protecting individual states and their citizens. For this reason it should be more protagonist in the economy (with the joint purchase not only of vaccines but also of energy) and in foreign policy, have a coordinated defense, and be able to make common decisions for the Twenty-seven also with regard to measures. internal to avoid nationalist contradictions. This is the EU that Italian citizens want. At least a good majority, especially among young people.

This is what emerges from the “Agi-Censis 2022 innovation diary” survey on the occasion of the Conference on the Future of Europe. Italians therefore discover themselves to be more and more pro-Europeans: 77.2% of those interviewed believe that the European Union must play a unified and unifying role also in defense matters.

Particularly now that the Russian aggression of Ukraine has increased the sense of insecurity: 57.4% of 18-34 year olds say they are in favor of a new arms race for individual countries in order to guarantee the defense of their citizens. Consensus which instead drops to 38.4% in the total population.

The overwhelming majority (85.6%) instead hopes that the EU will negotiate future energy supplies in a unitary and centralized manner in order to have greater negotiating power while at the same time managing to satisfy the consumption needs of European citizens and businesses. getting the best possible price. 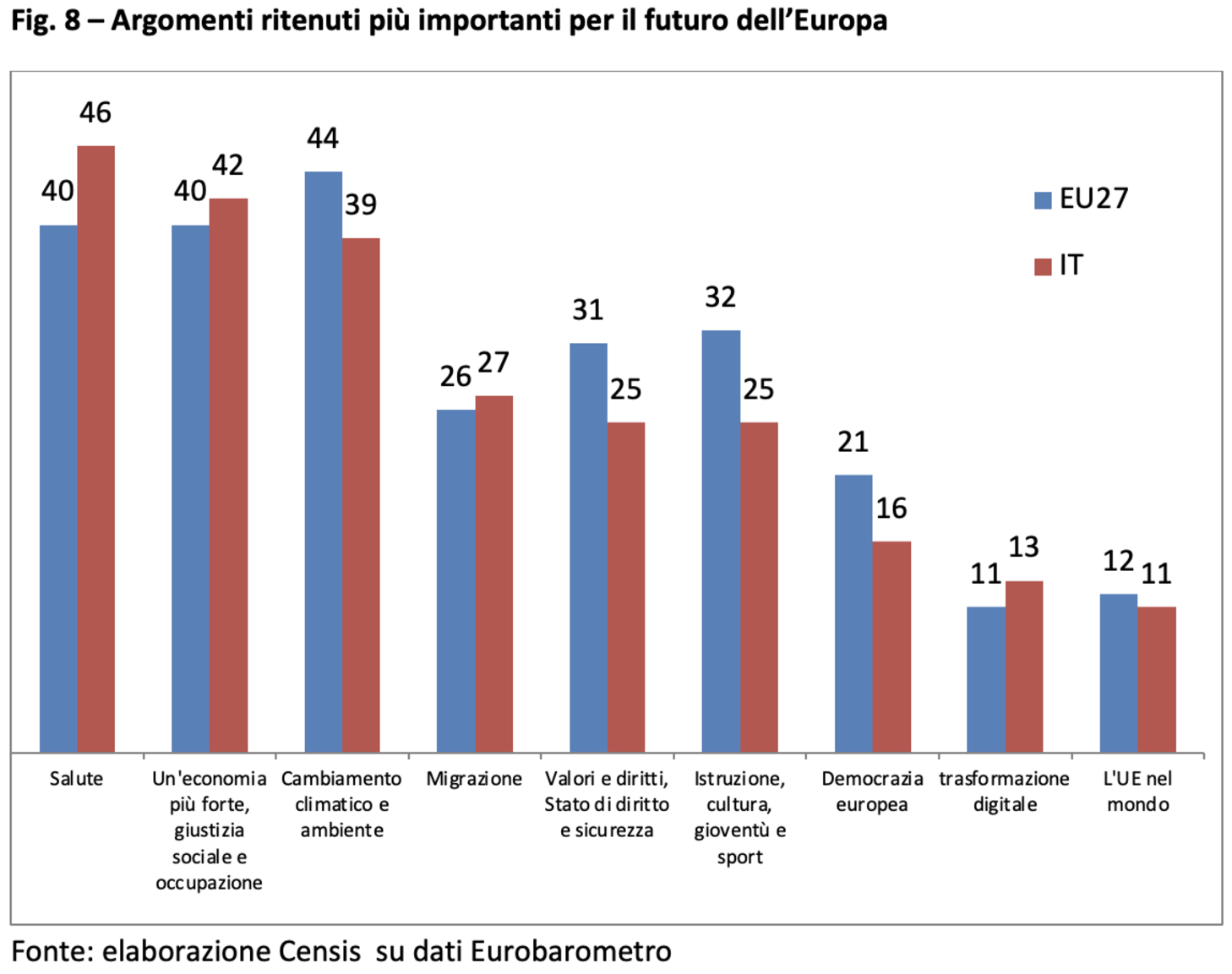 On the other hand, the protagonism at all costs of individual countries is rejected by 50.4% of the interviewees. 92.9% would instead like Brussels to make specific funds available to all citizens to financially support the installation of renewable energy sources.

Over 81% of those interviewed hoped that the European Union was more prominent also in foreign policy. Representing European citizens in international fora should be a figure capable of bringing all the common demands of the countries with one voice, thus acting as a true minister of foreign affairs of the Union. 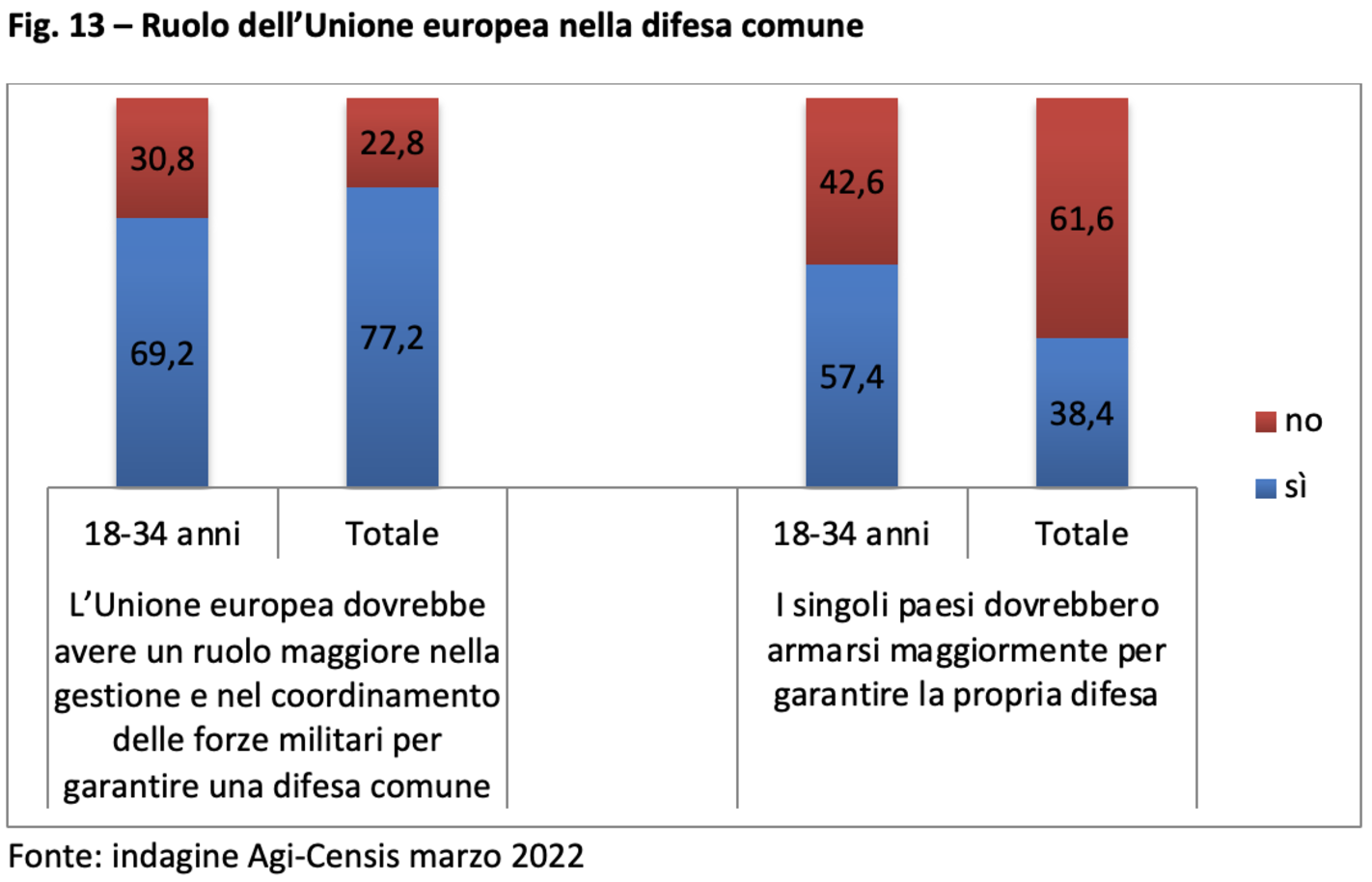 Another surprising figure is that 77.8% of the Italians interviewed who see the European leadership as positive not only on the economic side and in the centralized purchase of supplies such as vaccines but also in the unique implementation of rules that directly affect the lives of citizens such as quarantine or closures in order to avoid different or even contradictory rules among the Twenty-seven. 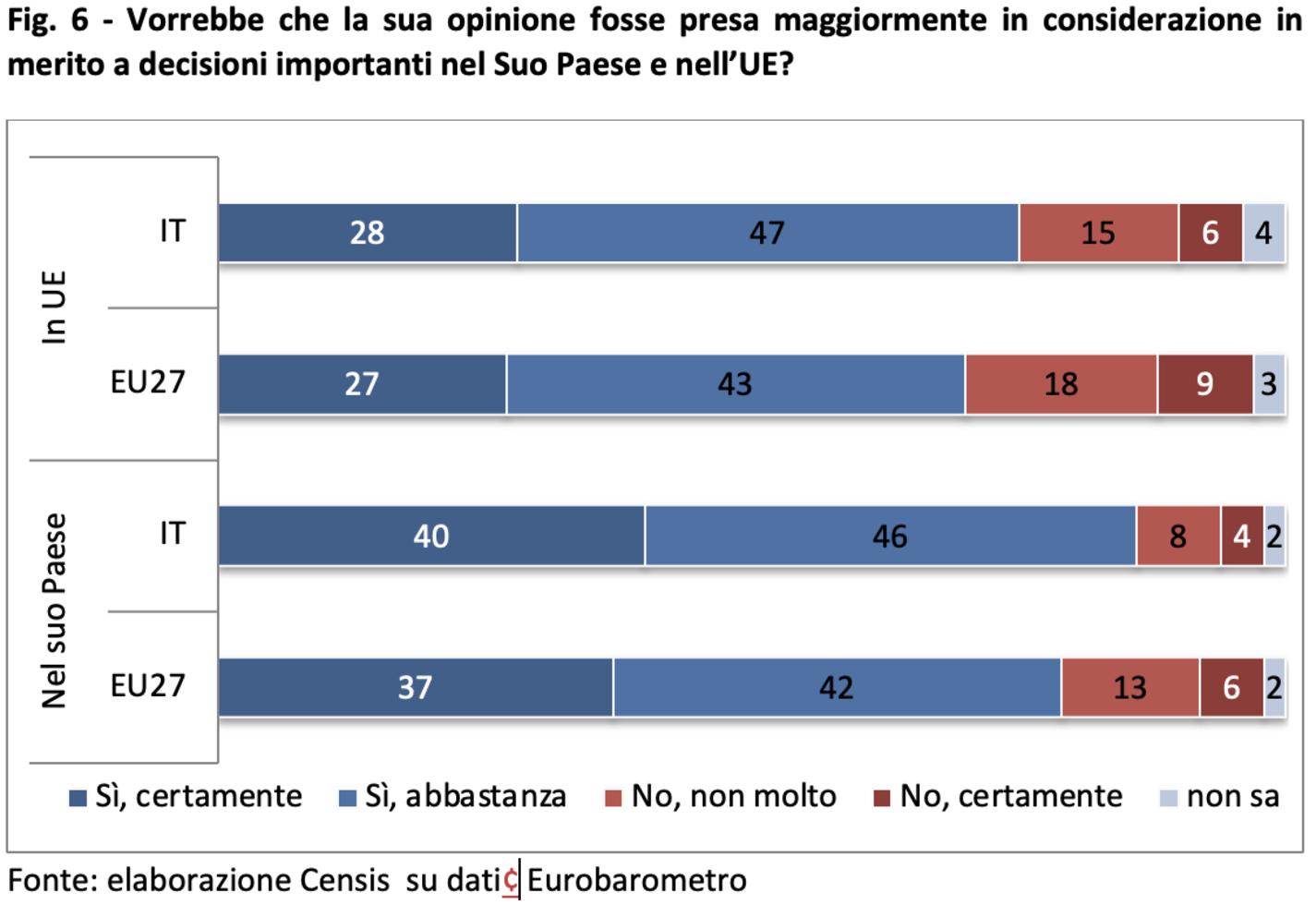 The Conference on the Future of Europe was an opportunity to reflect on the issues dealt with, even if only a small portion of the population (6.4%) participated directly. But more than one in three people (37.3%) say they are aware of the instrument activated by the EU. In the 18-34 age group, almost a quarter of the sample (23%) declared that they had participated in the Conference with a comment, an idea or through participation in one of the events organized on the planned discussion topics. 37.8% of young Italians (18-34 years) are unaware of its existence. This percentage in the total population increases to involve the absolute majority of the sample (56.2%). 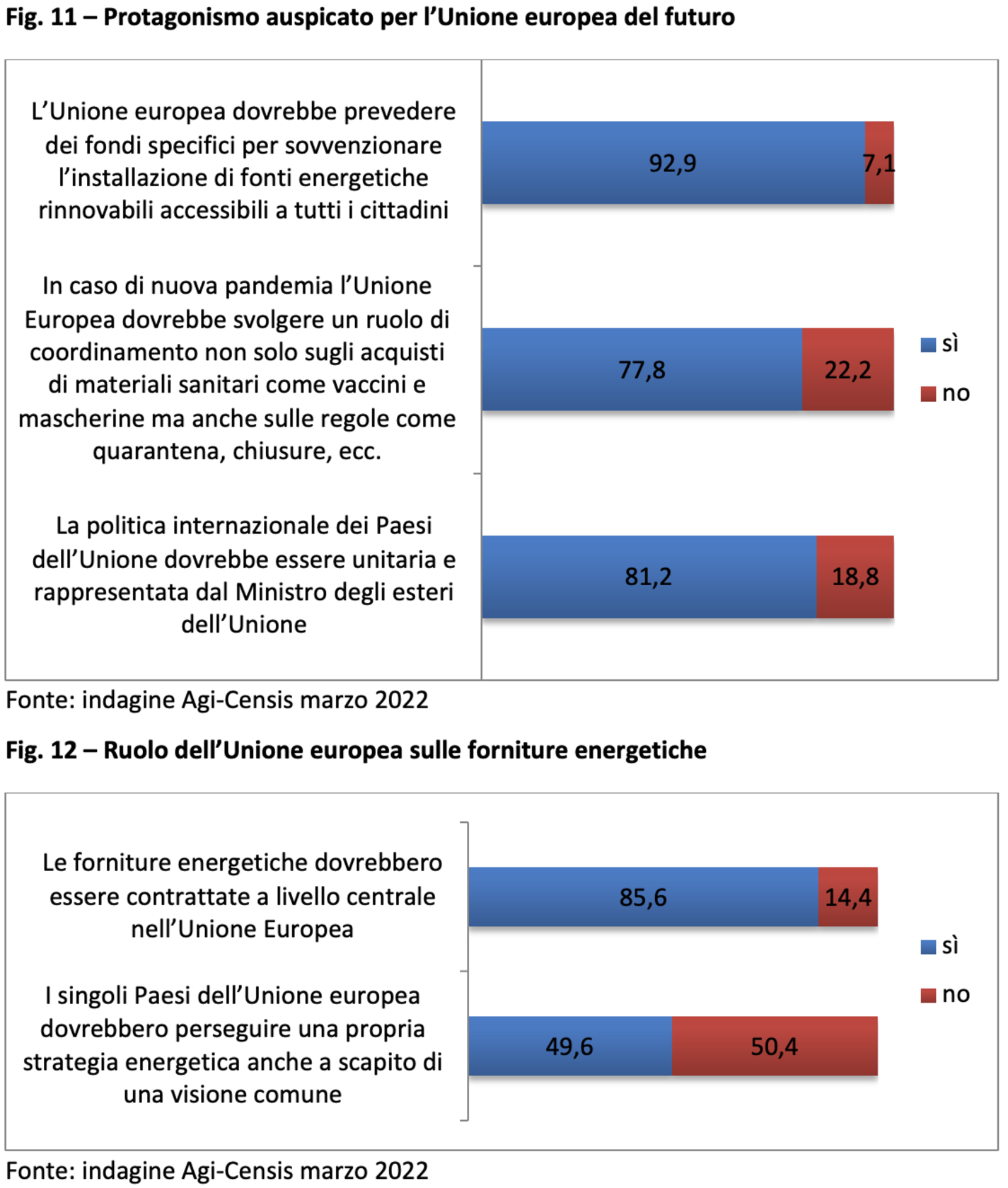 The multilingual digital platform of the Conference on the Future of Europe collected 43,734 contributions, 16,274 ideas commented on 21,264 times. 6,196 events were organized in which 550,061 people took part, both face-to-face and online. 2,647 contributions came from Italy. Italians believe that health is the most important topic to be addressed during the Conference (46%), followed by a stronger economy and social justice (42%) and climate change and the environment (39%).