The number of infected in New Zealand has jumped to 31, the closure in the country will be extended 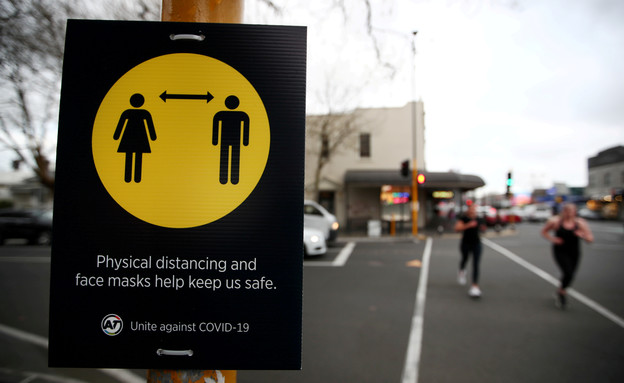 A New Zealand corona delta outbreak is spreading this morning (Friday) outside the country’s largest city, Auckland, as new infections have been identified in the capital Wellington and the total number of infections has jumped to 31. Prime Minister Jacinda Arden announced the extension of the general closure until Wednesday. Earlier this week, the whole of New Zealand went into quarantine following the discovery of one infected person, and the country was later told that all of the infections identified were of the Delta strain.

Medical officials in New Zealand said 11 new cases were identified on Friday, 3 of them in the capital Wellington. The three recently visited Auckland and stayed at locations where the eruption occurred, the New Zealand health minister said in a statement. Prime Minister Arden also noted that all the cases identified so far are interrelated.

Ardren said: “Dealing with the outbreak is not just about Auckland.” She added that “we do not know the full extent of the Delta strain outbreak,” announcing that the national closure will be extended to 12 on the night between Tuesday and Wednesday.

Verified have not been discovered in New Zealand for half a year and the country’s citizens lived without restrictions and closures – until Ardren’s declaration of a quick 3.day general closure of the highest severity. The announcement comes on Tuesday, following the discovery of one infected person in the city of Auckland – the first infected person in the country since February.

Most of New Zealand’s population is not yet vaccinated. Only 22% of those aged 16 and over received the two vaccine doses. Arden said this week when announcing the start of the closure: “The best thing we can do to get out of this as quickly as possible is to make an effort.” As part of the closure, schools, offices and businesses were closed – and only essential services continue to operate.

Within New Zealand there have been no restrictions in the last six months, but international borders have remained closed except in exceptional cases. As part of the corona plague in the country, about 2,500 infections and 26 deaths have been reported to date.