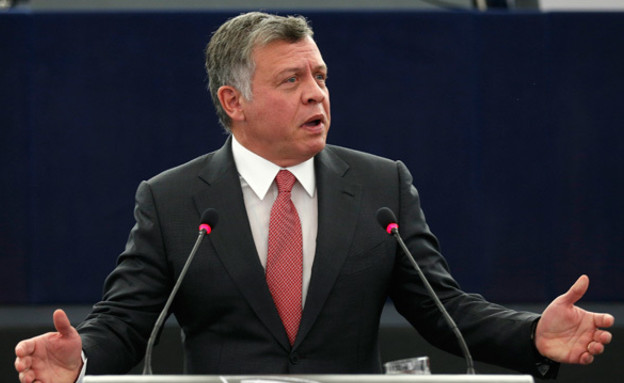 In the shadow of the recent events in the Kingdom of Jordan and local suspicions against senior members of the royal family – an article published this morning (Saturday) in the Washington Post presents a much broader picture. According to the same report, former US President Donald Trump, together with Saudi Crown Prince Muhammad bin Salman, acted to weaken Jordan’s King Abdullah and weaken his influence – in order to force the Palestinians to support the “deal of the century”. According to the same report, Prime Minister Benjamin Netanyahu was also seemingly aware of the move.

According to the publication, the Israeli intelligence services – the GSS and the Mossad – sent messages to Jordan, in which it was claimed that they were not involved in the same “conspiracy”, claiming that this came “above them”, apparently referring to a decision on Netanyahu’s behalf.

The article describes the deterioration in relations between the King of Jordan and the United States, after the King of Saudi Arabia Salman took office in 2015. With the beginning of Trump’s presidency of the United States in 2017, Saudi-American ties tightened, and the Jordanian monarchy reportedly began to fear the new situation. . The relocation of relations was also joined by the relocation of the American embassy in Israel to Jerusalem – in the shadow of Abdullah’s fierce opposition.

In March 2019, Abdullah traveled to Washington, DC, for a briefing on Trump’s Century Plan. That same month, he spoke out strongly against the moves being made by the US administration, saying: “I will never change my position regarding Jerusalem and the holy places, for us it is a red line.” Senior administration officials, led by adviser and son-in-law of former President Jared Kushner, had hoped that Saudi support would dissolve Jordanian and Palestinian approaches to the plan, but opposition remained unchanged.

Meanwhile, Jordanian security services began investigating possible internal threats to Abdullah’s rule, with Prince Hamza bin Hussein at the center. The assessments in the country as part of the local investigation report written were that the United States Embassy was involved in examining the possibility of supporting the change of government in Jordan – from Abdullah to Hussein. Meanwhile, a former US official told the Washington Post that Abdullah claimed he could not support the plan of the century, as he could not cope with the reactions from the Palestinians to the move.

The article also published the words of Defense Minister Bnei Gantz, who also referred to tensions with Jordan and the Israeli defense establishment’s fear of possible damage to the country’s stability in the country: “Jordan is a great asset to Israel, Netanyahu is hurting the promotion of relations with it.”

The Jordanian investigation report states that the security agencies in the country even managed to reach correspondence between the three allegedly involved – Trump, Netanyahu and Ben Salman – who allegedly encouraged the Hamza bin Hussein perpetrator to “make a move” and take action against Abdullah. About two months ago, in early April, Prince Hamza was arrested on suspicion of trying to undermine the king.