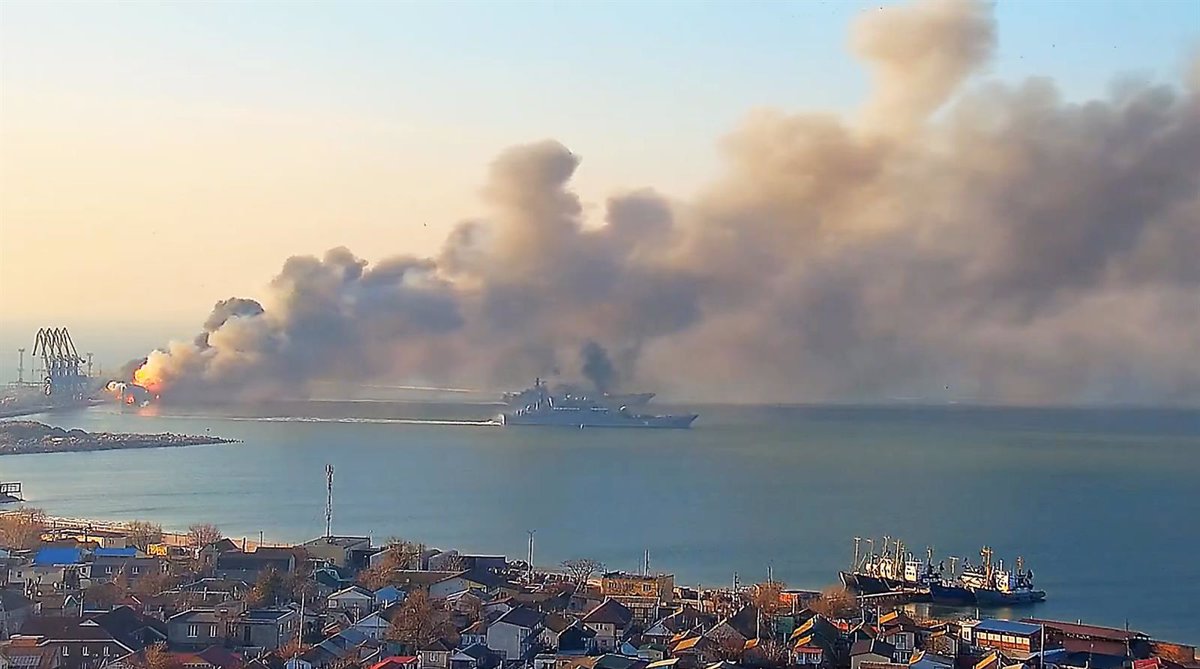 The Ukrainian Army warned on Friday that the sinking of the Russian ship ‘Moskva’ a day earlier will have ramifications since it dealt a “severe blow” to “the invaders’ imperialist aims.”

Captain Natalia Humeniuk, the chief of the Operational Command in southern Ukraine, has stated that the loss of this battleship has been a terrible blow not only to the “enemy’s” naval infrastructure, but also to his “imperialist ambitions.”

“In southern Ukraine, the situation is tense (…). Of course, we all understand that we will not be forgiven,” Humeniuk said, confirming Moscow’s first reprisal in the form of “missile assaults.” “According to the Ukrinform news agency, the shipwreck occurred in the hours following the shipwreck.

“A landing operation is not ruled out. We’re prepared, we’re fighting back, and we’re conscious of the dangers. This is a huge cost for the opponent, both financially and in terms of image. We’re fighting a hybrid war, and the impact on people’s consciences is crucial “, he clarified.

The Russian Defense Ministry announced on Thursday that the ‘Moskva,’ the flagship of the Black Sea Fleet, sank while being towed after a fire caused by an attack by the Ukrainian Army, which has not provided many specifics about how that offensive occurred.

“It was a one-of-a-kind attack on a group of ships (…). The attack resulted in the detonation of the ammunition on board,” Humeniuk only said, describing the shipwreck as “amazing” and “extremely symbolic.””

“We witnessed other ships trying to help,” Humeniuk added, “but even if the forces of nature were on Ukraine’s side, the storm prevented a rescue or evacuation of the crew.”

The Russian fleet’s flagship in the Black Sea is the ‘Moskva.’ ‘Gloria’ was the name given to her when she was put into service in 1983. Her present moniker was given to the cruiser in 1996. The ship has 16 P-1000 Vulkan missile launchers as its main offensive armament.