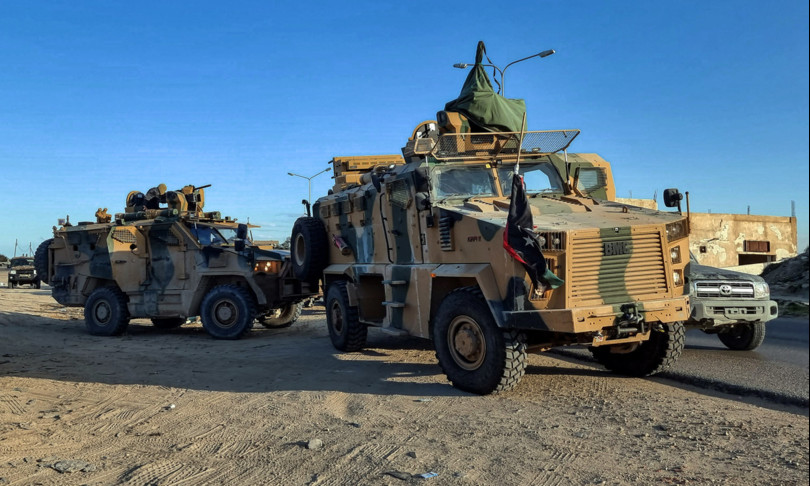 Hundreds of military vehicles and armed groups loyal to the government of national unity (GNU) of Tripoli led by Abdul Hamid Dbeibah occupied the capital early this morning, to counter the expected arrival in the city of Fathi Bashaga, appointed prime minister by the Tobruk parliament, who announced a “peaceful” takeover.

Armed columns have occupied Airport Street and Shatt Street alongside Abdelhamid Dbeibah’s forces, following the signaling of a mobilization order from the commander of the western region, Osama al-Juwaili, a loyalist from Bashaga.

According to intelligence reports, al-Juwaili and some of the central region’s Misrata forces, in support of Bashaga, are preparing to enter Tripoli in the next few hours, although a source in the city of Zintan, about 100 miles from the capital. , has ruled out these displacements.

The forces supporting Bashaga are made up of the al-Nawasi Brigades affiliated with Mustafa Kaddour and hitherto linked to Tripoli, as well as by groups of al-Zawiya, in the northwest, and Warshafana.

On February 10, the parliament located in the eastern city of Tobruk and close to Marshal Khalifa Haftar, Appointed former interior minister Bashaga as prime minister to replace Dbeibahwhose mandate is considered to have expired due to the suspension of the elections scheduled for last December.

However, Dbeibah is opposed to leaving power, and the two have both acted as prime minister ever since, without the international community taking a stand, while Bashaga warned that he would take power in the capital by “peaceful means”.

Thursday, Photographs of Bashaga in Tunis emerged in alleged consultations with Dbeidah ministers and several military leaders in the city of Misrata who have been seen as part of preparations for an imminent takeover of the capital.

Meanwhile, the United Nations Support Mission in Libya (UNSMIL) is sponsoring negotiations in Cairo between the High Council of State – which has shown its support for Dbeibah – and Parliament to agree on a constitutional basis that should govern a process. electoral, but without a date being set at the moment due to the new institutional division.