The Taliban will unveil a new government framework for Afghanistan: “Protect — 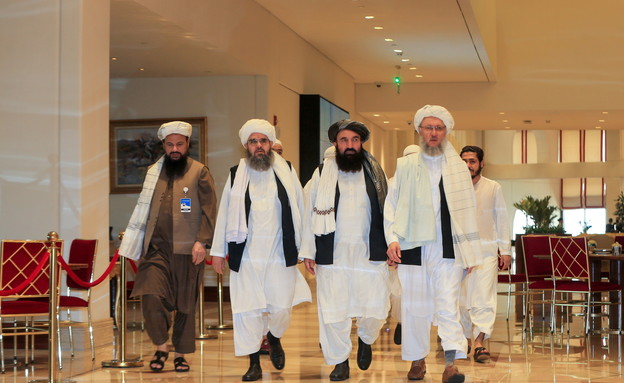 Many American weapons supplied to the Afghan army fell into the hands of the Taliban as it took over the country again, US security officials said today (Saturday). According to estimates, the terrorist organization’s new US arsenal is not limited to small arms, but a stockpile of weapons and ammunition, vehicles like the Hummer are protected, and possibly even Black Hawk helicopters.

A source close to Congress in the early assessments of security officials estimated that the Taliban currently owns about 20 fighter jets. A.29 In Tokano, adding that only a small number of aircraft were transferred from the base in Kandahar occupied by the Taliban. “My biggest concern is that this sophisticated weapon will be sold to our rivals and non.state players who intend to use it against us and our allies,” he warned.

It is not clear exactly how much equipment fell into the hands of the Taliban during the collapse of the Afghan army, nor is it likely that the United States will get a credible answer to the question, as there is currently no longer a US intelligence presence across the country. “There is no exact information on how many weapons are left,” an official clarified.

The Biden administration has come under heavy criticism for not anticipating the Taliban’s rapid takeover of Afghanistan and the chaos raging at Kabul’s airport as thousands of people try to flee the country. The evacuation remains the main focus of the administration’s activity, but officials at the Pentagon and the State Department are also beginning to assess the American weapons that have fallen into the hands of the terrorist organization.

Earlier, a senior Taliban official said the Taliban planned to unveil Afghanistan’s new government in the coming weeks. The senior official told Reuters that “our government model may not be democratic by Western criteria, but it will protect everyone’s rights.” He added that “experts in legal, religious and foreign policy will present the new system of government.“

An official in the terrorist organization said the Taliban intended to take responsibility for its actions, and to investigate reports of retaliatory actions and atrocities committed by its members. The same official, who spoke anonymously, added that they plan to build a new model for control of Afghanistan in the coming weeks.

A week has passed since the Islamist terrorist organization took over the country in Central Asia again, when the capital Kabul was captured without a single shot being fired. Since the organization’s return to power, individual Afghans and international aid groups have reported retaliation against protesters or those who previously held government positions or worked with the Americans.

“We have heard of several cases of atrocities and crimes against civilians,” the Taliban official confirmed to Reuters. “If the members of the organization have committed these violations of law and order, they will be investigated.” He added that “we understand the panic, the tension and the anxiety. People think we will not act as a responsible government, but that will not be the case.“

Although the Taliban has been trying to present a more moderate face since re.taking over the country, residents well remember the organization’s reign of terror in the country between 1996.2001, before being overthrown by the coalition formed by the United States military at the time. Former officials have told horrific stories of hiding from the Taliban in recent days, while militants from the organization went from door to door in retaliation.

Some 12,000 foreigners and Afghans working for embassies and international aid groups have been evacuated from Afghanistan since the Taliban occupation of Kabul. “The evacuation process is slow because it is dangerous, and because we do not want any clashes with Taliban members or civilians outside the airport,” a Taliban source said.

In the wake of attempts by Western countries to increase the rate of evacuations from the country, an official in the organization said that “the Taliban did not abduct any foreigners, although some of them are being interrogated before they are allowed to leave Afghanistan.” The same source added that “our fighters will continue to show restraint.“

Meanwhile, Greece has installed a 40.kilometer.long wall on the border with Turkey, due to fears of a wave of migrants from Afghanistan. “Our borders will remain impassable,” he said after Turkey called on European countries to take responsibility for Afghan immigrants.