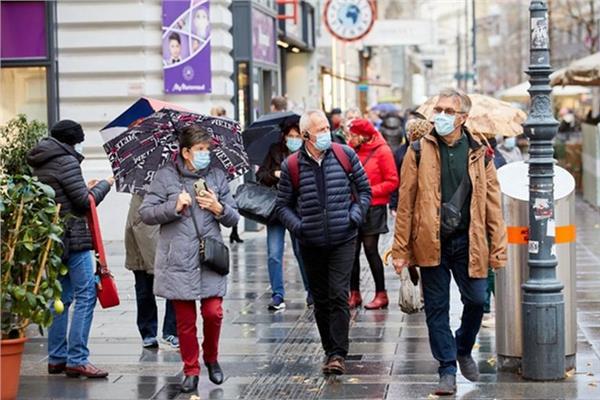 Today, Saturday, April 16, Austria began implementing lenient rules in the face of the Corona epidemic, coinciding with the country’s celebration of Easter tomorrow, “according to the Western calendar”.

Austrian Health Minister Johannes Rauch said in a statement today that the ministry will abandon the strict restrictions that were imposed with the emergence of the “Omicron” variant of the Corona virus.

Several months ago, after the number of injuries decreased and the burdens on the medical sector decreased, he indicated that the situation in the capital, Vienna, would be more cautious because it still represented the center of new infections.

He explained that the restrictions will be confined to health care facilities such as hospitals, retirement homes, elderly care and rehabilitation facilities, while restaurants and entertainment venues will enjoy wide freedom to work and receive visitors.

Rauch indicated that wearing the muzzle will be limited to areas where the sick and weak groups are located.

He pointed to extending the validity of the Corona passport for those who received the three doses of the vaccine to a full year instead of 9 months, in addition to easing the restrictions of health isolation and reducing the period to 5 days.

Earlier, since the beginning of the Corona pandemic, China has reached 171.3 thousand cases of Covid 19, and the number of deaths has been recorded at 4,638 people, and the health situation in the country is still difficult so far.

And new infections with the virus were recorded during the past month in 30 out of 31 Chinese regions.

The Corona virus appeared for the first time in the world at the end of December 2019 in the city of Wuhan in the Chinese province of Hubei, and caused more than half of the world’s population to enter health isolation in order to confront the first wave of the virus.

Corona injuries around the world have reached tens of millions, a number that has not stopped increasing at great rates since the outbreak of the pandemic.

A number of countries are witnessing a collective rise in daily infection rates with the coronavirus, a stage that some countries classified as the fourth wave of the virus, and began to impose more precautionary measures to confront it, which were similar to the curfew that was imposed during the first wave.

The World Health Organization is still calling on countries to implement social distancing measures in addition to health measures represented in wearing masks.