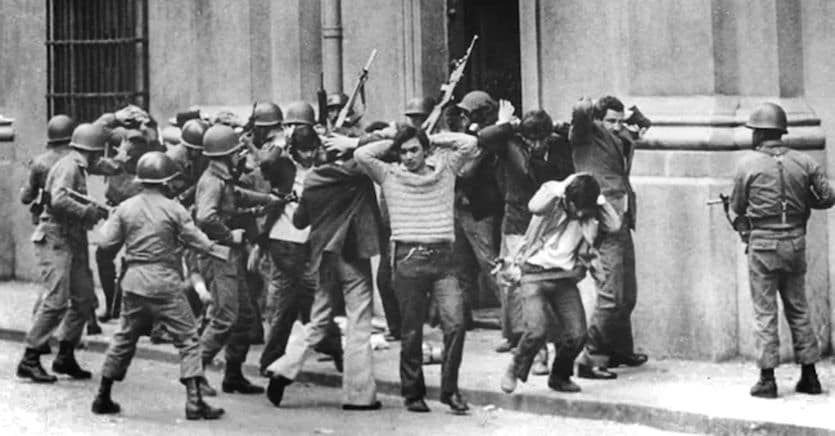 Process Condor, it’s time to come to terms with history. The Minister of Justice, Marta Cartabia, signed – according to sources in via Arenula – the request for provisional arrest and extradition for 3 former Chilean soldiers, definitively sentenced to life imprisonment, for the murder and disappearance of 2 Italian citizens ((Juan Josè Montiglio and the sea Venturelli), in the years of dictatorships in South America. The request was forwarded to the Italian embassy in Santiago de Chile, after the location of the 3 former members of the Chilean army.

Who are the 3 former Chilean soldiers

This is Rafael Francisco Smoked Valderrama (class 1945); Manual Vasquez Chahuan (born in 1945); Orlando Moreno Bask (class 41), sentenced to life in prison for the killing and disappearance of Juan Josè Montiglio and Omar Venturelli. The one issued against the 3 former soldiers, of which Italy is now asking for extradition, was the first definitive sentence issued in the “Condor” maxi.trial, named after the cooperation agreement between the security services of various countries in South America to make dissidents and political opponents disappear.

Almost 50 years after Augustus’ coup Pinochet, on 11 September 1973, the Supreme Court on 8 July 2021 also confirmed the life sentences for multiple murder against 14 other former senior officers, in power in the 1970s and 1980s and connected to the Condor plan. After these first 3 requests for extradition, others will soon follow from the Dicastery of via Arenula against Chile, to give full justice to the Italian disappeared, who disappeared along with thousands of other people in South America almost 50 years ago.

The epilogue which was reached on 21 August with the request of the Minister of Justice, Marta Cartabia, concerns one of the first trials in Europe to ascertain the crimes committed during the South American military dictatorships. It is therefore a further step forward to do justice (also) to the Italian disappeared who disappeared into thin air during those years in South America. In particular, Italian Montiglio (known by the battle name of Anibal) was a biology student of Piedmontese origin: after the armed training in Cuba he had joined the Gap, the group of militants who had to deal with the self.defense of Salvador Allende–
Montiglio remained by the president’s side until the last moment, that is, until 11 September 1973 when the democratic life of Chile tragically changed. When Allende died and the Moneda presidential palace was bombed, Pinochet’s soldiers took Montiglio to a barracks outside the city, forced him to dig his own grave and shot him. After that, they threw a grenade into the ground to make his body disappear. Forever.