“If we stay unified, we can get to the end,” Mario Draghi says 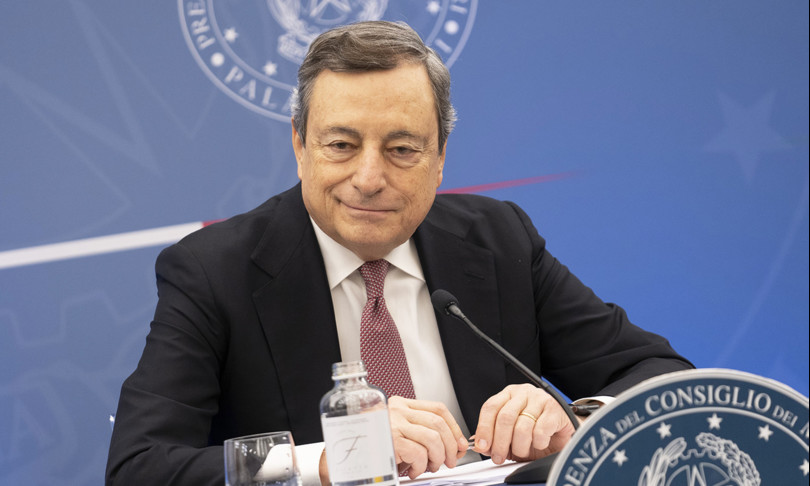 “The government has accomplished a great deal; now we must move forward without causing division.” This was stated by Prime Minister Mario Draghi in an interview with “Corriere della Sera.”

In terms of the differences between the other parties in the ruling majority, Draghi sends a message to the parties themselves: “Do not feel as if you are taking a chance; instead, plan for the future with optimism and confidence, rather than antagonism and hardship. Consider the accomplishments you’ve made in the face of adversity. There are numerous reasons to be optimistic. I extend the same words of encouragement to all Italians “..

Draghi retorts to allegations that he is tired of fights and is ready to leave: “I’m not tired, and I have no intention of becoming so. However, I intend to govern and deal with emergencies in accordance with the authority provided to me by the President of the Republic. This is quite important. We must not rule for the sole purpose of gaining power. Whoever commits that loses power, among other things. You must rule in order to fulfill Italy’s needs “..

When asked about the differences between his time at the ECB and his current position at Palazzo Chigi, the premier highlights that “Even in that case, the issue was complicated, and the decisions were made as a group. The fronts, on the other hand, are extraordinarily diverse, and the number of challenges is bigger. It’s an entirely new career, but one where my previous experience comes in handy “..

And now, indeed, “I meet a lot of people who support me. The nicest feature of this profession is the relationship with citizens; it is incredibly lovely, reassuring, and affectionate “..

“We are not in a recession, but there is a slowdown in the first two quarters of this year,” the prime minister continued, “and much will rely on the outcome of the conflict, but precisely for this reason the government’s commitment is greatest.”

In terms of the bill’s cost, the Prime Minister noted that $20 billion had already been spent, but that more would be spent “We intend to do more to safeguard enterprises and residents, particularly the most vulnerable. Our economic goal is to keep jobs and growth going “..

“Today’s search for gas supplies and other sources of energy is like last year’s vaccine campaign: we will be just as resolute,” he says.

I attempted to deter Putin.

“I told him I was phoning to talk about peace and asked that he ‘Decide a Ceasefire.’ ‘The moment is not ripe,’ he said “.. Thus, Prime Minister Mario Draghi refers to his recent phone conversation with Russian President Vladimir Putin.

“We said our goodbyes and agreed to meet up again in a few days. Then there was Bucha, which was terrifying. I’m starting to believe that people who claim it’s pointless to talk to them are correct: we’re just wasting our time “..

Draghi claims that “So far, there has been a lot of solidarity in Europe and the West, which is another surprise: Putin did not expect NATO and the European Union to work together. Between being satisfied with their determination and individuality thus far and being concerned about the future, I believe the former should take precedence “..

“The Italian proposal for a price cap is gathering traction and will be debated at the next European Council on the basis of a general text drafted by the Commission,” says the statement on gas.

Draghi explains that a gas price cap would be beneficial “would be a way to reinforce sanctions while lowering the expenses for those of us who implement them. We don’t want to be reliant on Russian gas because economic dependence cannot lead to political servitude “..

This is why we must “diversify our energy sources and seek for new suppliers.”