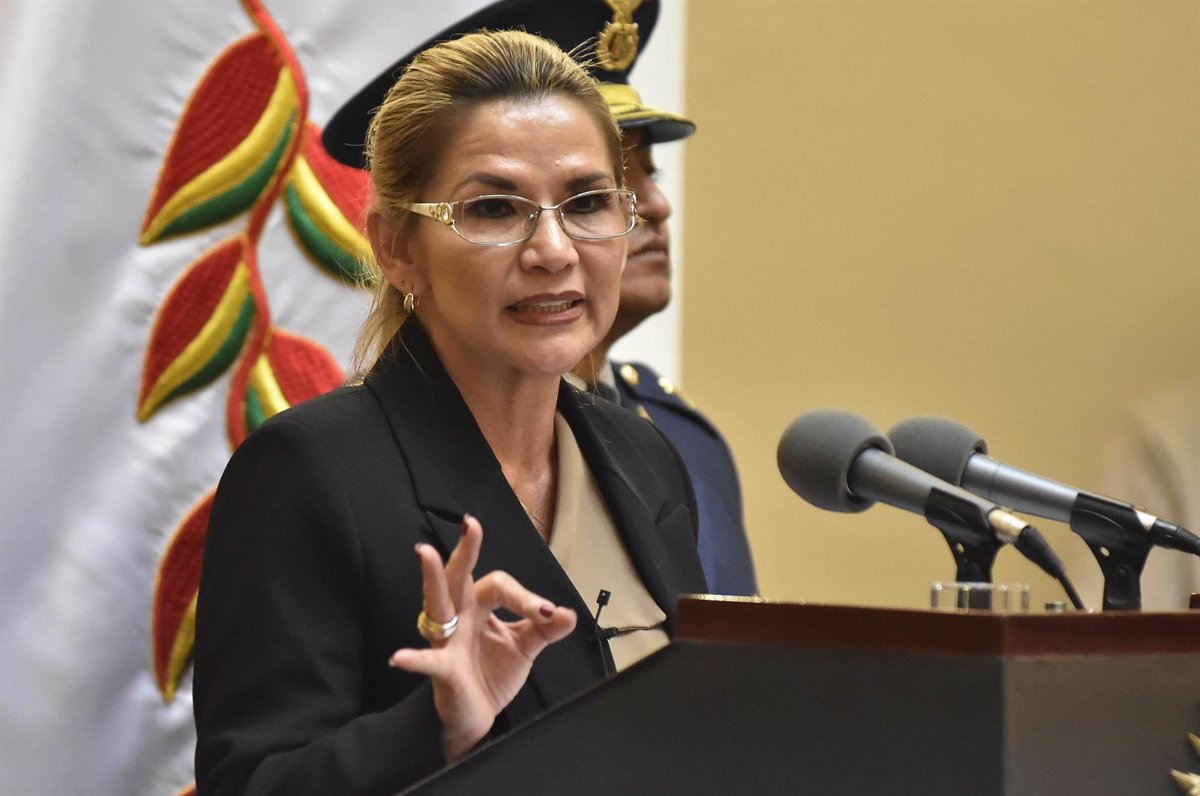 Former Bolivian President Jeanine Áñez, accused of genocide, has been injured in what her environment considers a suicide attempt given the conditions of her incarceration in the Miraflores Penitentiary Center in the city of La Paz.

“Mrs. Jeanine Áñez’s health is completely stable. I regret to inform the Bolivian people that she would have tried to generate a self.harm in the early hours of this day. She has some small scratches on one of her arms, but there is nothing to worry about. “, explained the Minister of Government, Eduardo del Castillo, according to the official Bolivian news agency, ABI.

Del Castillo has pointed out that after making the corresponding consultations about the context in which the event occurred, Áñez said he did not know the motives for which he would have tried to generate an injury.

“The injuries are superficial and have not generated any type of considerable injury,” he explained, while reporting that medical personnel will determine whether Áñez requires a psychological evaluation.

Áñez’s lawyer Norka Cuéllar has revealed that Áñez has three cuts on his left wrist and another on his forearm, wounds that were sutured by a doctor.

After knowing the news, one of Áñez’s lawyers, Martín Camacho, has criticized Del Castillo for “insensitive, inhuman, who speaks of scratches on the wrist that former president Jeanine Áñez had, when in reality what it is about is of a serious event: a suicide attempt due to the excessive detention and to the extreme that they have taken this woman, who is suffering, “according to statements to the newspaper ‘El Deber’.

“She is locked in a room, she does not have permission to go out to the patio, or to go out to see the light of day. Then, the same Minister of Government and the Government of the MAS must answer for any fact or for any injury that she has Áñez’s life, “he added.

For his part, the opposition leader Samuel Doria Medina has denounced that “the ruling party has systematically cornered Jeanine Añez, depriving her of all her rights, isolating her, preventing her from attending to her physical and mental health, closing all legal exits.“

Doria, leader of the National Unity (UN), believes that “the government has caused” Áñez “to try to take his own life.” “Jenine suffers physical and mental torture that is not legal, but which is legalized by the masista judicial apparatus,” he argued.

For Doria, all of this stems “from the MAS (government party) desire for revenge and its impunity to ignore the Constitution and the country’s commitments to conventions and pacts that protect the human rights of detainees.“

The Bolivian attorney general, Juan Lanchipa, announced on Friday that he had filed a request to initiate a liability trial against Áñez for the alleged crimes of genocide, serious and minor injuries and injury followed by death due to the events of Sacaba and Senkata. , registered in the framework of the post.election protests of 2019.

As a result of this situation, the Bolivian Ministry of Government has reported this Saturday that it has begun a psychiatric evaluation to Áñez to determine the reasons that have led her to injure herself.

“A psychiatric evaluation has been provided and is in progress. It will be this forensic medical investigation that establishes the motives and psychological characteristics of the self.flagellation,” as reported by the Ministry itself in a statement collected by the newspaper ‘La Razón’.

In addition, the European Union has stated that it “listens with concern” to the news about the former president and has urged the Bolivian authorities to do “everything to guarantee her right to comprehensive health, both physical and mental.“

Along the same lines, the United States Embassy in Bolivia has expressed concern about “the reports on the psychological well.being” of Áñez and has encouraged the Government of the South American country to “guarantee that he receives adequate attention.“

Áñez is imprisoned, accused of sedition, terrorism, conspiracy and now also genocide for her role in the framework of the post.election crisis of 2019.