US Chamber against Big-Tech: 5 antitrust laws for Amazon, Apple, Google and Fb 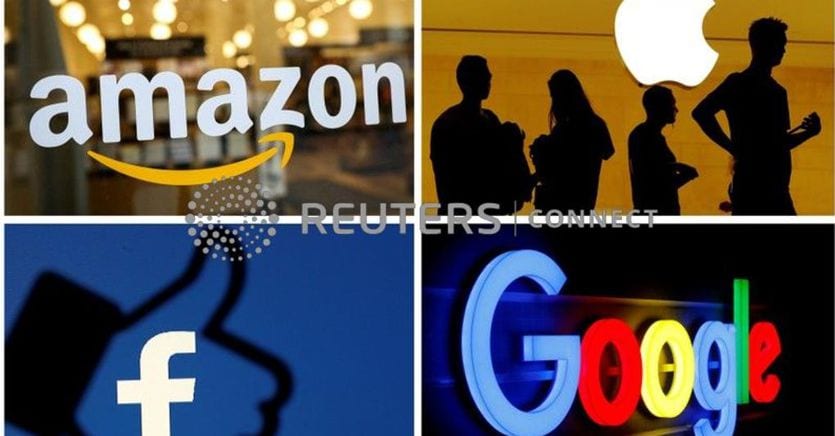 The US Congress prepares a legislative “cleaver” against Big Tech. Five sharp antitrust bills were presented to the United States Chamber, aimed at fighting monopolies and abuses of dominant position by the protagonists of the new economy, high-tech and digital, starting with Amazon, Apple, Google of Alphabet and Facebook. All the proposals have garnered a degree of bipartisan support now rare in a polarized political climate in Washington, which highlights widespread concern among both Democrats and Republicans about the overwhelming power of the giants. The projects, which follow up on an extensive Congressional report on competition and monopolistic practices in the Internet age, could if approved force target groups to dramatic transformations, with spin-offs that split them into two companies, divestments of significant assets and bans. of new acquisitions.

The path of the bills today remains uncertain and bumpy, with foreseeable resistance and lobbying battles on the horizon. If a move to the House is imaginable – seven Republicans are among the co-sponsors of the projects – the more difficult it will be to arrive at a robust consensus in the Senate, where a super-majority of 60 out of 100 votes would be required for the obstruction rules. ensure its launch. Numerous conservative exponents remain cold at the moment at the prospect of codifying restrictive changes in antitrust laws that limit the room for maneuver of the business. But the warning launched by the barrage of initiatives triggered by the deputies is still clear, a sign of the climate of growing criticism on the extraordinary influence conquered by the so-called “guardians” of the digital world. And the consequences of an eventual approval of even just some of the new rules hypothesized has the potential to shake up a sector that boasts a widespread presence in the economy as well as in society.

The project-symbol of the new campaign against Big-Tech has an already meaningful name: Ending Platform Monopolies Act. For its ambition to revolutionize the tech sector it has been compared to the historic Glass-Steagall Act in finance, which had separated the commercial and investment banks. The goal here is a structural separation between the activities of leaders of the caliber Amazon (and not only) engaged in e-commerce. It would become illegal, first of all, for an online platform to simultaneously own a business that “uses that platform for the sale or offer of products and services” or that sells services as a condition of access to the platform. Such a company would also be required to avoid activities that create conflicts of interest, for example by providing incentives and opportunities for the platform to benefit its own products over those of competitors.

The stew from Amazon and Google

Amazon may therefore have to separate the business into two distinct sites, one for third-party products and one for its own products. Or Jeff Bezos’ group should divest or close the doors of their own productions, of the private label. The latter is now a division with dozens of brands and nearly 160,000 products. Google, for its part, should come to terms with the conclusion that “a search engine cannot have a video service that it has an incentive to favor in search results”, that is, without being mentioned openly, the strategic YouTube.

Groups of 600 billion market cap are under fire

In general, the proposals presented concern giants with well-defined characteristics of “excessive power”: a stock market capitalization of at least 600 billion dollars, over 50 million active users per month or one hundred thousand monthly business users. They must also, according to the texts released by Congress, be considered “critical trading partners”, that is, have the ability to block the access of other businesses to consumers or services.