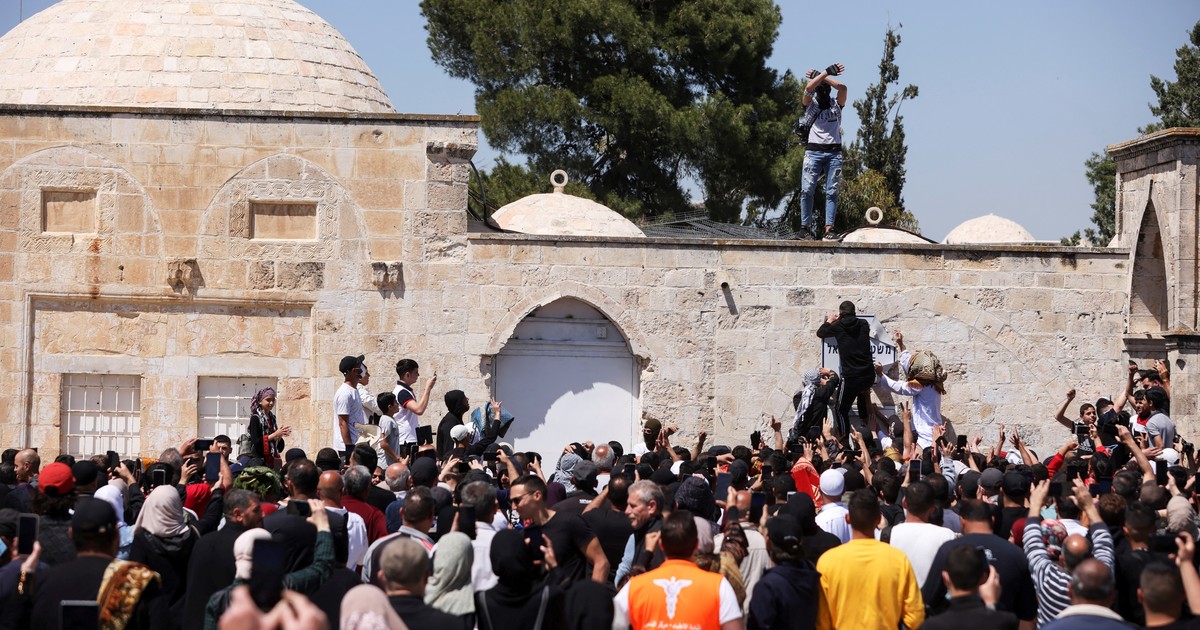 Just two days after the violent clashes with Palestinian parishioners and in the midst of growing tension, the Israeli police entered the compound of the Al-Aqsa Mosque a disputed place of worship in Jerusalem.

Police evicted Palestinians from the wide esplanade in front of the mosque while dozens of Palestinians remained inside the building and chanted “God is the greatest.”

According to what was reported by the Israeli press, the police justified their intervention with the argument that the operation was arranged to facilitate a routine visit by Jewish faithful. The authorities indicated that the Palestinians had accumulated stones and placed barriers, anticipating violent clashes. The police said they were committed to facilitating freedom of worship for Jews and Muslims.

“In addition to visits, freedom of worship will continue to be fully preserved for worshipers on the Temple Mount (as the site is known),” the Israeli police said in a statement. In it, he also stressed that “the Israel police will continue to act against lawbreakers and rioters.”

At least two Palestinians were detained at the site that is the third holiest in Islam and the holiest to Jews, known as the Temple Mount. For years it has been a source of tension in the violence between Israelis and Palestinians.

Clashes broke out at the site before dawn on Friday after police said several Palestinians threw stones at the Western Wall, an adjoining Jewish holy site. Police stormed the compound and clashed with dozens of Palestinians shortly after dawn prayers.

The site is located in the old part of Jerusalem, where there are places revered by Jews, Christians and Muslims. This year, the Muslim holy month of Ramadan, Christian Holy Week and Jewish Passover are celebrated at the same time, which has brought tens of thousands of visitors to the city.

The tension in Jerusalem was installed from Saturday night when a group of Palestinians hung in the place a banner of the Hamas terrorist group that controls the Gaza Strip. “Hamas calls for a general mobilization and rejection of the herd of settlers who threaten to invade al-Aqsa,” the caption read, according to The Times of Israel.

Palestinians chanted slogans and waved Hamas flags during a protest against Israel, in front of the Al Aqsa Mosque in Jerusalem, Photo: AP

On Friday, hundreds of Palestinians were arrested during a series of clashes with police on the Temple Mount. Palestinian emergency services reported that 158 ​​people were injured as a result of the clashes, most from tear gas inhalation.

Israeli authorities say they are committed to maintaining the current situation, but in recent years large groups of religious and nationalist Jews have regularly visited the site under police escort, something Palestinians see as a provocation.

A radical Jewish group recently asked people to bring animals to the site for Easter sacrifices, offering financial rewards for those who succeeded or at least tried. Police try to prevent such activity, but calls were circulating on Palestinian social media to prevent any slaughter from taking place.