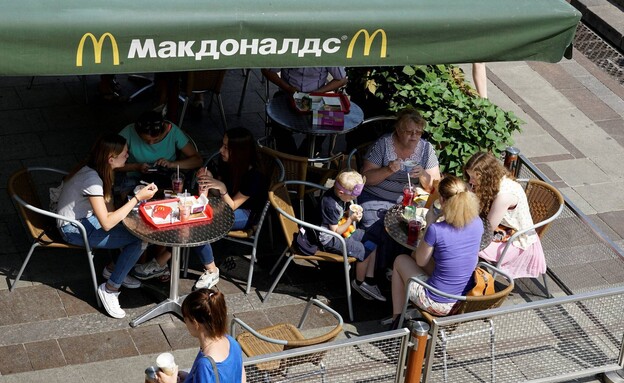 The sanctions imposed by the West on Russia following the invasion of Ukraine have led countless companies to stop working on Russian soil: from fashion chains through fast food suppliers to the media. The Russian people feel that the Iron Curtain is falling on them back, but unlike the 1940s – this time the Russians are already used to a Western and hedonistic lifestyle, and are not willing to give it up so quickly. That is why Russia is working on local alternatives to favorite Western brands.

Following Russian law banning the dissemination of “disinformation” in connection with the military operation in Ukraine, the Russians decided to block the use of the social networks of the meta-company – Facebook and Instagram. While Facebook is less popular in Russia (most commonly used by its Russian counterpart VKontakte), Instagram was very popular among Russians until mid-March 2022, when the app was completely blocked for use all over Russia.

To try to meet the need of Russians to post photos and upload stories, Russian tech entrepreneur Alexander Zubov decided to create the Russian app “Rosgram”. In a post published by Zubov, he said that he plans to launch the app towards the end of March “for top bloggers and partners” and distribute it to the general public as early as April. However, the launch is still delayed, and in response to a CNN query, Zubov said the app is still under development.

In addition, the Russians have announced that they will open a new app store, which will replace Google Play and the AppStore, but it is also, as mentioned, still under development.

Although YouTube has not been completely blocked in Russia, American society and the Russian government have been exchanging blows on the issue for several weeks now: YouTube has decided to filter out content that “denies violence that has arbitrary evidence in reality”, while what is happening in Ukraine should not even be called “war”.

After YouTube blocked several such Russian channels, including the channel of the Russian parliament (similar) and even suspended the ability of the Russians to make money from YouTube videos, the Russians are also waging war: the Russian regulator on the media, the Roscomander, accuses YouTube of spreading Pike News On the social network.

#YouTube blocked the channel of the State #Duma of #Russia.

The channel had about 145,000 subscribers. pic.twitter.com/r7YnURP4QC

To try to counter the popular platform, the government in Moscow is trying to redirect Russian surfers to the social network “Rotiov”, which is also used to upload and distribute videos. Although the network has been in existence for several years, it is reported in Russia that since the beginning of the fighting in Ukraine, the surfing rates on the network have increased by hundreds of percent in recent weeks.

The Kremlin supports the establishment of the network in Russia: The Ministry of Science and Higher Education in Russia has asked Russian universities to fill in “Rotive” in their videos. Even Kremlin spokesman Dmitry Peskov said he believed in Rotive’s potential: “Rotov has a future – money will be invested there, and it will be even more convenient.”

From McDonald’s to “Uncle Vanya”

Another serious injury was recorded in the fast food sector in Russia. Most Western chains have decided to close their branches in Russia, the most prominent of which is McDonald’s. Already in early March, McDonald’s announced that it would close its 850 branches in the Russian Federation, 32 years after it opened its first branch in Pushkin Square in Moscow with the fall of the Soviet Union.

In Russia they recognized the longing of the residents for the beloved American brand, and decided to take action. Thus, for example, the Moscow municipality released grants totaling one billion rubles to encourage the establishment of local fast food chains, or the expansion of existing chains. One of those attempts is the launch of the “Uncle Vanya” network – inspired by a play written in the 19th century by Anton Chekhov, with a logo almost identical to that of McDonald’s. According to Russian House Speaker Vyacheslav Volodyn, the plan was to take over McDonald’s branches and operate the new Russian franchise, “to keep jobs down and lower prices.”

Trademark squatting has begun in Russia.

On March 12th, a trademark application was filed for the McDonald’s logo with the words “Uncle Vanya.”

The Russian State Duma had earlier suggested that Russia would replace all McDonald’s with “Uncle Vanya’s.”

Although the network’s trademark was registered in mid-March, earlier this month the network announced that it had decided to withdraw its request to open “Uncle Vanya”, according to a report by the Russian TV channel REN.

From Ikea to Idea

In addition to the changes in the communications and food market, the retail market in Russia has also undergone a makeover. Most of the fashion and styling chains have decided to close their branches in Russia – including H&M, Zara, Mango and also the home-styling giant IKEA. The night before the Swedish chain’s branches closed, there were huge queues of Russians trying to purchase their favorite Scandinavian products at the last minute.

Here, too, the Russians have found a way to fill the void, and now want to launch “Idea” there, which, as expected – its logo is almost identical to the IKEA logo. Konstantin Kokoev, a designer from St. Petersburg, said he had applied to register the new brand with the Russian Patent Office. In an interview with the Russian news agency RIA, he added: “The new company will be able to fully meet the Russian demand, after the departure of IKEA.”

There was IKEA, there was an IDEA. In the stores themselves, apparently, Soviet interiors will be presented: wooden cabinets with mirrors inside, crystal dishes, Bohemian glass chandeliers, carpets on the walls, photo wallpapers and Yunost-301 players. pic.twitter.com/42rUqY7aW9