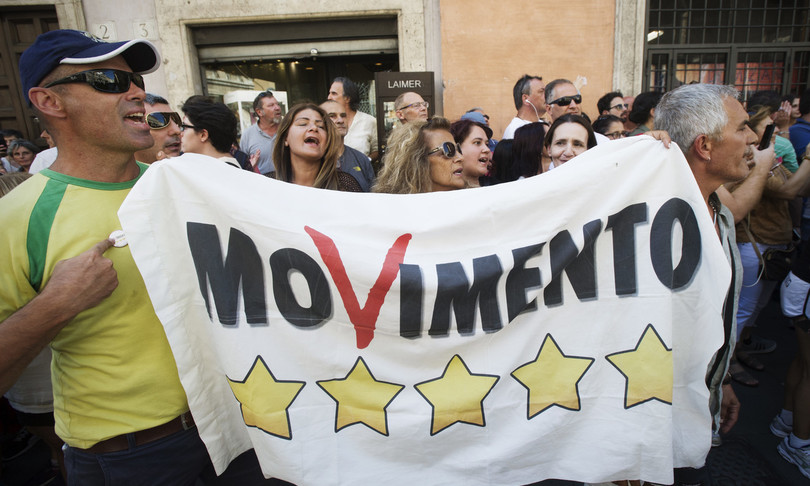 ` – With the choice of the mayor candidate of Milan, Layla Pavone, even the 5 stars complete the chessboard of names in view of the administrative on 3 and 4 October. The Movement, now being reorganized under the leadership of former Prime Minister Giuseppe Conte, arrives without the favor of the polls at the electoral test of the municipal and regional authorities in Calabria, with a mix of solo candidacies and attempts to alliance with the Democratic Party and the forces of the center left.

In large municipalities he runs alone in Rome, Milan and Turin, in coalition with the center-left in Bologna, Naples and Calabria. And he is still looking for a name for the seat left vacant by the pentastellate deputy Emanuele Del Re in the Roman college of Primavalle-Casalotti.

In fact, the most prominent candidacy of the 5 stars to the municipal is that of the outgoing mayor Virginia Raggi in Rome, back from 5 complicated years in the Campidoglio. On his name it was not possible to find a dialogue with the Democratic Party, which judged the experience of city government to be “unsuccessful”.

It is no coincidence that in recent days the support of the national 5-star communication for the mayor’s initiatives has grown. Which, until now, has worked mainly under the banner of the civic list that bears his name. Just see the photos of the Rays social profile: the 5s symbol is not present.

The civic list, with a green vocation, created under the supervision of the former Minister of the Environment and former member of the Greens Alfonso Pecoraro Scanio, is one of the novelties of the new 5-star course. Where they run alone, the 5 Stars also open to the support of other lists, an option that has so far always been discarded.

Raggi is awaited by a four-way challenge with former ministers Carlo Calenda (civic also supported by Italia Viva), Roberto Gualtieri, who runs for the center-left, and the lawyer and radio tribune Enrico Michetti for the center-right.

In 2016 – in the city recovering from the judicial earthquake of Mafia Capitale and the defenestration of Ignazio Marino by his Pd majority – the mayor had the favor of the prediction, this time he tries the comeback to get to the second round. Alternatively, Conte could open up to his former Minister of Economy Gualtieri if he reached the second round.

In Turin, the other outgoing 5-star mayor, Chiara Appendino, chose not to try an encore. Humanly tried by the first degree sentence of one and a half years for the events in Piazza San Carlo, the mayor has chosen to step aside. Not without first trying to create, without success, a ‘Turin laboratory’ in the footsteps of the second government of Giuseppe Conte with a Pd-M5s-LeU alliance also under the Mole.

The online vote of the activists has chosen Valentina Sganga, 5-star group leader in the city council, as a candidate for mayor. But the low participation in the consultation, just over 600 votes, flanked by polls that see the councilor detached even by 20 points from the center-right and center-left challengers, do not suggest a favorable round for the Five Stars.

Even in Milan, a city where the Movement has often struggled to establish itself, a dialogue was attempted with the center-left. Conte himself recently spoke of “mistakes” committed over the years by 5 stars in the Lombard capital and in Northern Italy in general. Beppe Sala, however, stopped the possibility of an agreement in the first round, arguing that it would have been difficult to set up after a council spent by the Movement to oppose him.

This is how Layla Pavone, manager of the telematics sector, CEO of Industry Innovation of Digital Magics, director of Italia Startup, and member of the board of the company that publishes Il Fatto Quotidiano was chosen for the photo finish. Time is running out, the lists must be presented in two weeks. The hypothesis of support for Sala could return to the ballot.

So far Conte has spent himself especially in Naples, where his former minister Gaetano Manfredi runs and where the Movement hopes to obtain a good result on the list. And he also made a couple of initiatives together with the Rays. In Bologna, among the weavers of the agreement with the Democratic Party, in support of Matteo Lepore, worked above all Max Bugani, a pentastellato activist of the first hour. Conte has announced that in September he will leave for a tour of Italy, but above all in view of the construction of the government program of the Movement.

The first challenge as a pentastellato leader for the former premier will be to solve the knot on the Primavalle-Casalotti seat. In recent months there was talk of his possible candidacy in the Roman suburbs as a test of the leadership of the Movement, but Conte explained that the new leadership role of the 5 stars requires a full-time commitment.

The candidacy would also have been offered to the great ex Alessandro Di Battista, who however sent the hypothesis back to the sender. The college is not armored, already in 2018 the Del Re won by measure in the context of an electoral round still favorable for the 5 Stars. Nobody seems to want to risk the possible debacle. The same that some lists in the municipalities could meet.