Iran in a threatening message: “We will not hesitate to strengthen military capabilities” 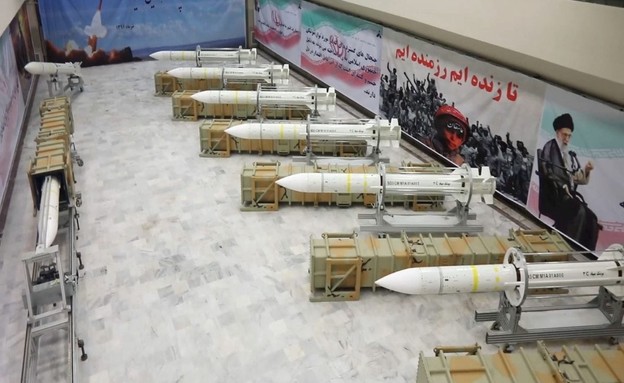 Tehran dreams of strengthening its military force – and marks goals: The Iranian Ministry of Defense issued a deterrent message today (Saturday), emphasizing military progress. In the shadow of discussions on a return to the nuclear deal, the Iranian Ministry of Defense claimed that “Iran’s status in the region is perfect, especially in West Asia.“

Another allusion reads: “Our country has an important role to play in strengthening the front of resistance and expanding the scope of protection of national security beyond borders.” The announcement was made on the occasion of “Defense and Defense Industries Day”, which said that Iran’s strategy was “determined, absolute and unchanging”. Tehran stressed that the military plan includes “strengthening the defensive force and constantly updating the ability to deal with the threats of our opponents.“

“The achievements of our military contribute to regional security and stability, and the progress of the military industries is commendable,” it said. “The armed forces and the defensive force are a responsive force, which has become a focal point of regional security and stability – by maintaining the goals of the Islamic Revolution and supporting countries fighting arrogance.“

They further clarified: “The defense industries have reached a level of deterrence and to the point where the various achievements are enviable and are in demand from many developing countries, as well as from regional and international security forces.” A further allusion to nuclear scientists, in the shadow of the assassinations, read: “Military experts and technicians have made great strides in recent years – they have manufactured various types of equipment and now Iran relies on them.“

Although the names of Israel and the United States did not appear in the announcement, the message was clear: “We will not hesitate to strengthen our military capabilities, including the missile program intended solely for defense purposes.” The summary sentence did not sit well with the Biden administration: “Our defense capabilities will never be negotiable.“

The U.S. State Department said this week that “Iran needs to return to nuclear talks.” The Biden administration is continuing to discuss the issue, and Prime Minister Naftali Bennett will meet with Biden next Thursday: The two are also expected to discuss Iran’s progress toward the nuclear program.