Salvini and Berlusconi, soon summit with ministers and leaders Lega and Forza Italia 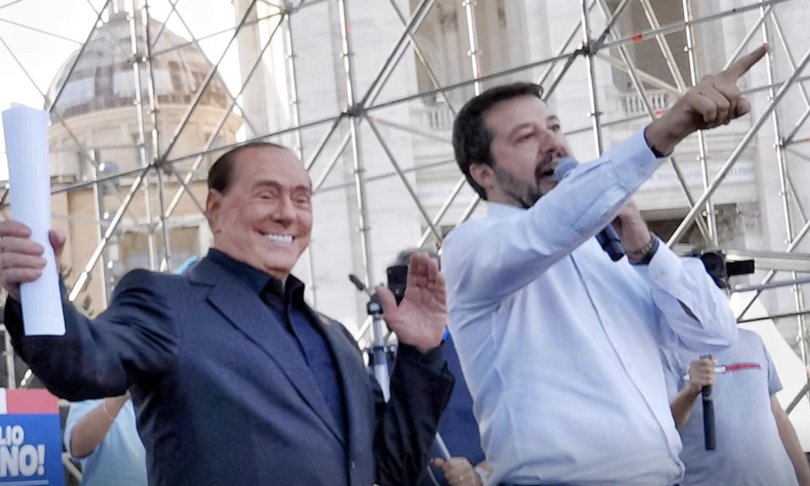 Matteo Salvini and Silvio Berlusconi share “the idea of ​​an even closer relationship” between Lega and Forza Italia. “This is why they will bring together all the ministers of Forza Italia and the Lega, the four group leaders and the leaders of the two parties to take stock of the situation. first step of a journey of ever greater sharing of political choices. “This was stated in a joint note at the end of today’s working lunch at Villa Certosa between the leaders of Lega and FI. Berlusconi and Salvini met from last night at 6.45 pm.

Among the themes Afghanistan and the Draghi Government

Matteo Salvini and Silvio Berlusconi spoke about the crisis in Afghanistan. The leaders of Lega and FI shared “the great concern for what is happening and agreed on the need to support the reception of the most vulnerable on the run, starting with women and children, without opening the borders indiscriminately and without conceding anything to the Taliban. To achieve this will be intense diplomatic work is needed, which, moreover, Berlusconi and Salvini are already doing, to call other countries to responsibility “. The joint note also underlines that” the goal is strengthen the Draghi government on its way to cutting red tape, lower taxes and reforms, as opposed to Pd and 5Stelle who think of a property tax and the ius soli “.

“We are particularly satisfied because he is coming the beginning of a common path made official and shared as wished by Matteo Salvini with the idea of ​​the federation of the center.right of the government. “This was stated by sources of the League, at the end of the two days of work in Porto Rotondo between Matteo Salvini and Silvio Berlusconi. The leader of the League was at Villa Certosa since yesterday in the late afternoon to mid.morning today, demonstrating – the same Northern League sources continue – of the climate “friendly and cooperative which follows the words of Silvio Berlusconi in Milano Marittima “. Berlusconi intervened by telephone a few weeks ago at the Lega party,” acknowledging Salvini’s leadership skills. With this formal acceleration, a new center.right begins to take shape “.