The key points of the reform of the CSM 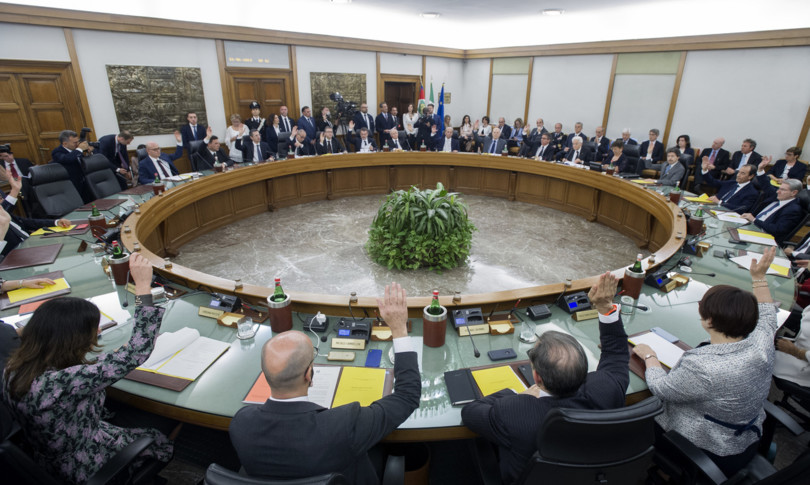 The reform of the Higher Council of the Judiciary arrives today in the Chamber. After a long series of discussions, the attention to the multiple references of the President of the Republic, the dialogue with the Anm, the Advocacy and group leader of the majority, this is how the ‘system’ of the self-governing body of robes is transformed, at least in some essential steps.

THE PROPOSED SYSTEM IS MIXED: Binominal with proportional share. And the drawing of the districts of the Court of Appeal, to form the colleges.

BINOMINAL COLLEGES: they elect two members of the CSM each, but a proportional distribution of 5 seats at national level is foreseen for the judges (the proportional share increased compared to the initial proposals on the recovery of the so-called ‘best third parties’) and for the prosecutors the recovery of a better third.

ELECTION OF TOGATE MEMBERS: 2 places for the togas of legitimacy. Single national binominal college, majority system. Everyone votes, with only one vote available. The first two most voted are elected. Five Public Prosecutors: 2 binominal territorial colleges, numerically homogeneous. Each college elects the first two (majority). Total 4. To elect the fifth public prosecutor, the best third most voted is identified with a weighted calculation, ie as a percentage of the electoral basin. 5th place is the best third of the two colleges.

THIRTEEN JUDGMENTS: One party elected with the majority system; one part with the proportional method. Eight seats are assigned with a binomial majority system (two for each college): The territory is divided into 4 homogeneous territorial colleges. The top two from each college win. Other 5 posts to be elected on a proportional basis, at national level.

NOMINATIONS, THE REVOLUTION IS COMING: There are no lists. The system is based on individual applications. Each candidate freely presents his individual candidacy – even in his district – (without the need for presenters) at the level of the binominal college. A minimum of 6 candidates are required in each binominal college, of which at least half of the less represented gender. If spontaneous applications do not arrive or gender equality is not guaranteed, it integrates with the draw to reach the minimum number of candidates envisaged and the draw is also foreseen to rebalance the candidacies of the less represented gender; This system introduces a factor of unpredictability and makes it more difficult to partition, especially for proportional posts.

STOP PACKAGE APPOINTMENTS: The assignment of executive and semi-executive positions, it is explained, is decided on the basis of the chronological order of the openings to avoid the so-called ‘package’ appointments. Training is highly valued, courses are provided for everyone both before having access to the function and afterwards. In the selection of the candidate, the possession of relevant characteristics with respect to the specific position offered is valued and the selection procedures are made transparent, with the publication on the Csm website of all the data of the procedure and the various curricula. There is an obligation to hear no less than 3 candidates for that post.

PROCEDURES: (publicity of the documents on the intranet site of the CSM, in compliance with sensitive data and reference to the principles of the transparency law. Selection of candidates on the basis of curricula with subsequent mandatory audition of the selected, among other elements of innovation. And again: obligation to participate in specific courses organized by the Scuola Superiore della Magistratura, lasting a minimum of three weeks, even if not consecutive, as a requirement for admission to the functional procedure for the acquisition of organizational skills; – Identification of a minimum content of evaluation criteria, to verify, among other things, also the organizational skills Enhancement of equal opportunities with equal merit.

REVOLVING DOORS: ban on simultaneously exercising judicial functions and holding elective and governmental positions. Obligation to be on leave (without checks in the case of local offices).

ELIGIBILITY: for national and regional elective offices, autonomous provinces of Trento and Bolzano, European Parliament, and for the offices of regional councilor and undersecretary, it is envisaged that magistrates are not eligible in the region, in which they are included in whole or in part the judicial office in which they have served for the past three years. For the offices of mayor, councilor, municipal councilor, a ban on candidacy if the toga serves or has served in the three years preceding the date of acceptance of the candidacy at offices or judicial offices with competence falling in whole or in part in the territory of the province in which the municipality is included or in the neighboring provinces.

EXPECTATION: upon acceptance of the candidacy, the magistrates must be placed on unpaid leave, which is mandatory for the entire period of the mandate, with the right to retain their posts and count the period spent on leave for pension purposes only. Prohibition of cumulation of the remuneration for enjoyment with the indemnity provided for the office (you choose).

END OF MANDATE: for the relocation of all magistrates, three hypotheses are distinguished: Elective offices: Magistrates who have held elective positions of any kind at the end of their mandate can no longer return to carry out any judicial function. Ordinary magistrates are placed out of office at the ministry to which they belong and other ministerial administrations, as well as at the State Attorney’s Office according to a proposal that will be evaluated in the Chamber. , the control sections of the Court of Auditors and the Office of the Massimario of the Court of Cassation. For administrative and accounting magistrates, placement at the Presidency of the Council of Ministers is envisaged.

UNELECTED CANDIDATES: Magistrates who have stood as candidates in electoral competitions and have not been elected for three years cannot return to work in the region other than the constituency in which they applied for or in the one in which the district where they worked is located, in addition, I cannot take on managerial positions and carry out the most delicate criminal functions.

MAGISTRATES WITH TOP POSITIONS: After a mandate of at least one year, they remain out of office for another year – but not in top positions – and then return, but cannot hold executive positions for three years.