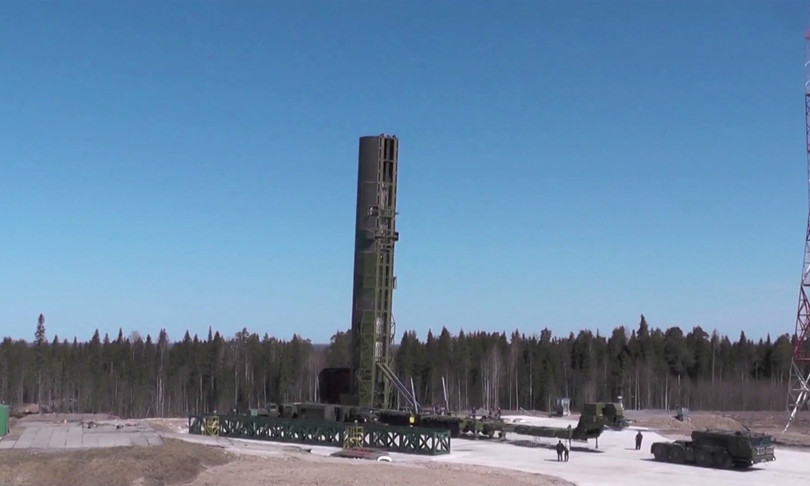 The new Sarmat ICBM has been successfully tested, according to the Russian Defense Ministry. “All of the launch instructions’ objectives have been met, and the predicted performance requirements have been confirmed during the flight,” the ministry stated in a statement. At 15:12 Moscow time, the missile was launched from the Plesetsk Cosmodrome in the Arkhangelsk region, with the warheads landing in the targeted impact area of Kura, Kamchatka.

“The launch was the first in a planned series,” the ministry notes, “and the Sarmat missile system will enter duty in the Strategic Missile Forces once the program is completed.”

In a congratulations statement to the Defense Ministry for the success of the first test, Russian President Vladimir Putin said the new missile “has no similar in the world and will not have them for a long time” and “will make people think” who threaten Russia. “This genuinely unique weapon will increase the fighting capacity of our armed forces, reliably ensure Russia’s security from foreign threats, and deter those who attempt to attack our country in the heat of feverish and hostile rhetoric,” stated Russian President Vladimir Putin.

Putin stated that only Russian-made components are used in the construction of Sarmats. “Of course, this will simplify mass manufacture of the complex by defense sector enterprises and speed up its transfer to strategic missile forces’ arsenals,” stated Russian President Vladimir Putin.

Putin went on to say that the new missile “has the highest tactical and technological attributes and can elude any anti-missile defense system.”

The Pentagon said the test “does not pose a danger to the United States or its allies.” Moscow has “warned in appropriate ways” Washington of the test, which “was not a surprise” and is considered “normal,” according to Pentagon spokesman John Kirby.