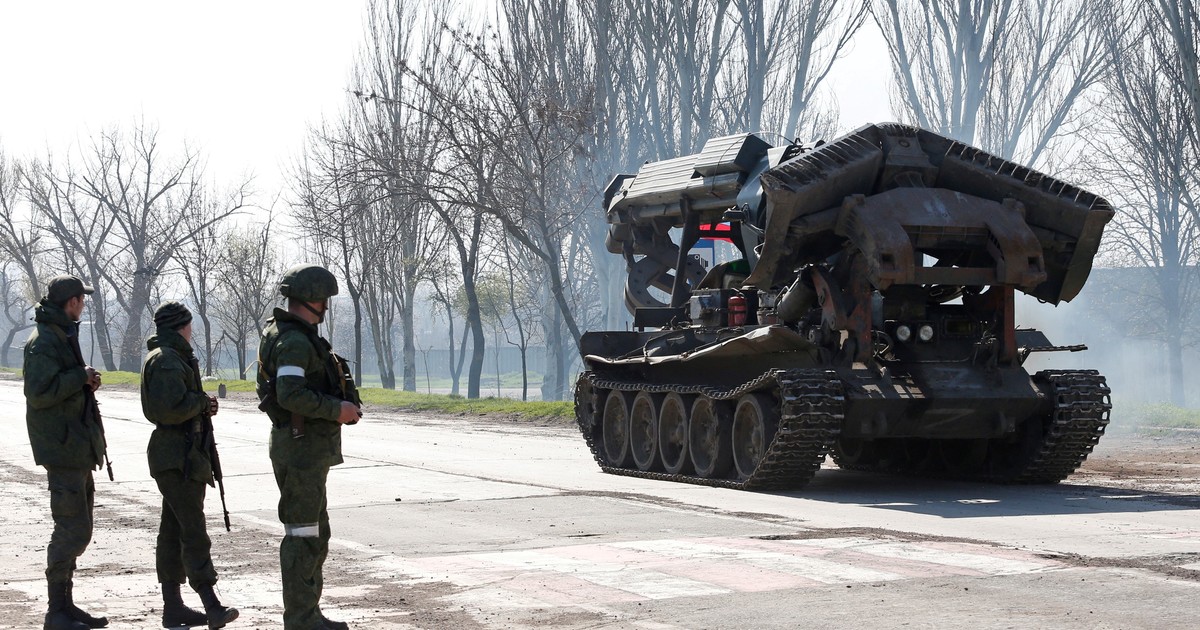 “The Armed Forces of the Russian Federation and the militias of the Donetsk People’s Republic have liberated Mariupol, the remnants of the nationalist formations have taken refuge in the industrial zone of the Azovstal plant,” he reported in a meeting with Russian President Vladimir Putin. , which was broadcast on public television Rossía 24.

For his part, the president canceled the order to storm the Azovstal steelworks in that city, where around 2,000 Ukrainian soldiers still remain, in order to save lives, although he warned that he maintains the blockade in the industrial zone.

“I consider the proposed assault on the industrial zone inappropriate. I order to cancel it“said Putin, who described as “a success the end of the liberation work of Mariupol”, while asking to block “the industrial zone of the steel mill in such a way that not even a fly passes”.

“This is the case when we have to think, that is, we always have to think, and in this case even more, in preserve the life and health of our soldiers and officers”, he remarked.

Immediately, Ukraine made an urgent request to be able to evacuate wounded civilians and soldiers from Azovstal. In this sense, the deputy prime minister, Iryna Vereshcuck, published: “We demand from the Russians an urgent humanitarian corridor from the Mariupol Azovstal plant. Now there are about 1,000 civilians and 500 soldiers injured. They must all be removed from Azovstal today.”

“I call on world leaders and the international community to focus their efforts on Azovstal now. Now this is a key point and a key moment for the humanitarian effort“, complete.

Meanwhile, the pro-Russian militias in Donetsk expressed the need for reinforcements in order to carry out Putin’s order to block the Azovstal metallurgical factory, where Ukrainian soldiers still remain.

“We will need to reinforce our units, since this is a fairly extensive network of underground communications. It will be necessary to reinforce our personnel, so that not even a fly passes, as the president has said,” said the head of the Administration of the leader of the self-proclaimed Donetsk People’s Republic, Alexei Nikanorov, on the Russian television channel Rossía-24 .

The negotiation meeting that never came

Just a few hours after Russia confirmed the news, the head of the Ukrainian negotiating delegation, David Arahamiya, had announced that everything was ready to travel to Mariupol, together with the adviser to the Presidential Office, Mykhailo Podoliak, in order to start talks. with the enemy as soon as they could confirm a meeting.

“Mykhailo Podoliak and I are ready to come to Mariupol to hold talks with the Russian side on the evacuation of our military garrison and civilians“, he indicated.

In addition, he had pointed out that there was constant contact with the Ukrainian defenders who were holding out in that port city. “Today, in a conversation with the defenders of the city, a proposal was made to hold a round of negotiations on the spot to evacuate our military garrison,” he said.

This Wednesday, from Russia they had maintained that neither the civilians nor the last group of soldiers remaining in Mariupol had used the humanitarian corridor that had been made available to them to evacuate the area.

“We are forced to state that the humanitarian operation declared by the kyiv authorities was cynically interrupted, no one used the indicated corridor,” said the head of the National Defense Control Center, Colonel General Mikhail Mizintsev.

From Ukraine they assured that they did not start the evacuations due to the continuous bombardments and attacks in that area.