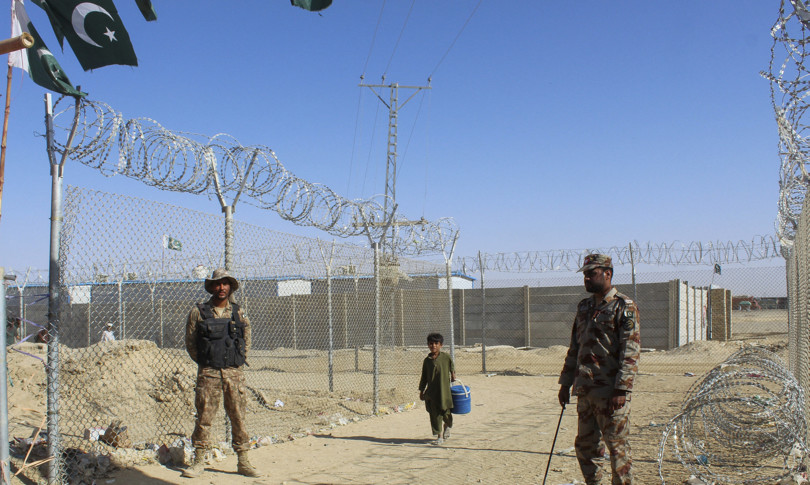 ` – Dialogue with China and Russia, help the countries bordering Afghanistan to welcome refugees. Think about the opening of humanitarian corridors for those who try to escape to safety after the lightning return to power of the Taliban. Politics wonders about the measures to be taken to favor who risks succumbing to the regime which has regained control of Kabul.

The Prime Minister, Mario Draghi, met the Foreign and Defense Ministers, Luigi Di Maio and Lorenzo Guerini, the Undersecretary with responsibility for the Security of the Republic, Franco Gabrielli, and the Director General of Dis, Elisabetta on Monday afternoon at Palazzo Chigi. Belloni, for discuss the latest developments in the situation in Afghanistan ahead of the extraordinary G7 meeting on Tuesday afternoon.

He is also open about the choices to be made the confrontation between parties and the indication obtained by sounding press releases and statements to the press is that of one openness to dialogue with China and Russia– Lega leader Matteo Salvini looks to the next G20 and hopes that the representatives of Pakistan will be invited to the summit. “I hope no one thinks, like Conte, of having a dialogue with the Taliban– They were and remain murderers. And I’m not thinking about the killers “, he adds on the sidelines of an electoral meeting with the center.right candidate for mayor of Rome, Enrico Michetti.

For Salvini, however, it is necessary to start talks “with the recognized governments in Pakistan, Russia, China and Turkey”. On the theme of hospitality, the former Minister of the Interior has no doubts and confirms the line already expressed in recent days– “Italy will do its part, but I think that other Western countries must also do theirs. Take charge of welcoming those who risk their lives in Afghanistan, yes, but we must help all neighboring countries to welcome those who flee, because to arrive from Afghanistan to Rome you cross many states “, he adds.

The leader of the League is very active on the issue of the emergency in Afghanistan, so much so that he declares that he “met the Afghan ambassador today and then the Pakistani one. I hope to be able to visit these tormented lands soon”. A parallel diplomacy to the official one to which the Northern League leader adds the criticisms to the head of the Farnesina: “Di Maio at the sea in the days of Afghanistan? I chose the path of gallantry and silence”, he explains and then adds: “I have been accused of the beach for years, I leave it up to others the freedom of choice of beach, I gave my answer this morning when I met the Afghan ambassador at 8.30 and the Pakistani ambassador at 10.

Shortly after, the secretary of the League is received at Palazzo Chigi to take stock of the next commitments that await the government, according to the version given by the presidency of the Council of Ministers. Beyond the League, however, the issue of emergency management the parliamentary arc is concerned in its entirety.

The strained relations between NATO countries with China and Russia, in particular, do not help e there are many voices pushing to mend with Moscow and Beijing so as to give greater effectiveness to the international commitment in favor of the Afghan people. For the leader of the Free and Equal Senate group, Loredana De Petris, at this stage it is inevitable to open a channel with Moscow and Beijing. “It is clear – he explains – that President Draghi and Minister Di Maio indicate the only direction that can be taken in Afghanistan. Without a direct role and active intervention also by countries such as China and Russia, it will not be possible to enter into negotiations with the Taliban. such as to allow those who risk being persecuted to leave the country but also to affect the rigor of fundamentalism in that country “.

His party mate Francesco Laforgia instead, it encourages the European Union to find a common solution– “Europe – he underlines – has great responsibility in the face of the humanitarian tragedy that has been generated. Dividing on the opening of humanitarian corridors and the reception of refugees fleeing Taliban violence is a dramatic mistake”.

On the same line is the European parliamentarian Simona Bonafè (Pd). “We have a duty not to turn the other way, di to secure those who have collaborated with us and to activate, like Europe, the humanitarian corridors of those who want to leave Afghanistan “, says the secretary of the Tuscan Democratic Party.” But the G20 with all the actors must work on a political solution that guarantees those who want to stay in the country ” –

And while waiting for tomorrow’s hearing in Parliament of ministers Lorenzo Guerini and Luigi Di Maio, the leader of Forza Italia in the Chamber, Roberto Occhiuto, reiterates the need for the government to insist “on the need to bring the discussion on the crisis in Afghanistan into the G20, because China, Russia, Turkey, Saudi Arabia are represented in the G20 “.

For Forza Italia we must “give asylum to those who have been deluded by us Westerners and do not want to live with the Taliban”, “put in place, together with Europe, tools to avoid terrorist infiltration in Europe” and avoid “that the countries frontiers like ours are left alone to face this humanitarian emergency “.

Finally, the 5.star Movement, with the Undersecretary for Education Barbara Floridia, hopes that “the theme of education will be central” to the next G7. “Only by guaranteeing adequate education to all and all young Afghans, will we free the future of that country from the fundamentalisms and discrimination which, in ignorance, find fertile ground”.