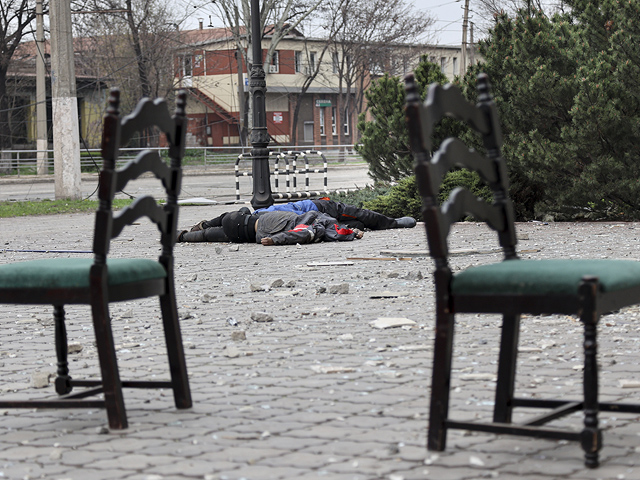 In the pictures taken in late March and early April, you can see a mass grave – a trench more than 300 meters long, located on the outskirts of the village of Mangush, about 20 km from Mariupol.

Maxar specialists note that the trench appeared approximately at the end of March. She was not yet in the March 23 picture. The next image of the area from March 29 already shows the trench dug and the machinery that dug it. In the March 9 image, you can see that the trench has been partially filled in and widened.

Maxar estimates that there are about 200 graves in the burial, writes the Forbes website.

The Ukrainian edition of Pravda quotes Mariupol Mayor Vadim Boychenko as saying that the greatest war crime of the 21st century has been committed in the city. “This is a new Babi Yar,” he said.

The Mariupol City Council wrote on its Telegram channel that from 3,000 to 9,000 Mariupol residents could be in a mass grave. Noting that in such burials the bodies are usually stacked in several rows.