Caro-rents, Berlin in the referendum on the expropriation of residential properties 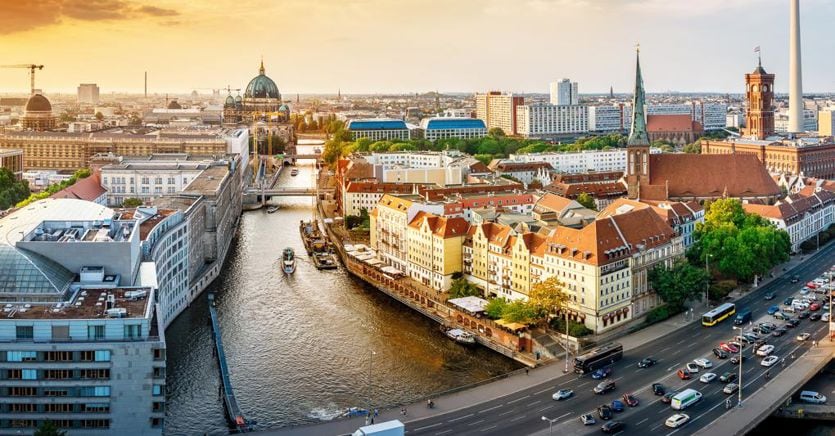 September 26 will be a big bang in the Berlin polls. On that day, Berliners will be called to vote in general elections, city-state elections and a revolutionary referendum that aims to expropriate residential apartments owned by large real estate companies: a nationalization in favor of social housing to calm the expensive- rents and to address the housing shortage that affects the less well-off classes.

Because the three votes in Berlin are important
The three votes are interconnected and are specially supervised by all of Germany because they may have national significance: Berlin is currently ruled by a red-red-green coalition (Spd, Die Linke, Die Grünen) and, although this combination is among all those hypothesized at the federal level the least probable, it is valid to demonstrate on the ground that a three-party government can be made, and that therefore for the first time it could be experimented on a national scale.

If the Berliners were to increase the votes on the left and in the Greens and if at the same time the “yes” were to win in the referendum, then the confiscation of the apartments – so far an unlikely option – could come about: if the giants of real estate, those with a portfolio over 3,000 apartments, should they suffer a confiscation at prices below the market level, this would be an earthquake with its epicenter in Berlin.

The shocks of nationalization would make Germany tremble because the nationwide real estate market suffers to some extent the same problem that grieves Berliners: prices of houses for sale and for rent are constantly rising, with peaks that make apartments and houses unreachable by the most con some speculative bubble points, and structurally low supply compared to demand.

The confiscation scares the market
«The confiscation of residential properties in Berlin would be a severe blow to the market and to the economy: who wants to build in a market where nationalization risks? The confiscation would make private operators flee. And it would not improve the situation because when the state becomes the owner, the properties begin to deteriorate ”, commented Konstantin Kholodilin, real estate economist of the DIW think tank interviewed by Sole 24Ore. Furthermore, the cost of purchasing properties after the referendum would be indigestible for Berlin’s finances: 243,000 apartments entered the crosshairs of the referendum at a total cost estimated between 28.8 and 36 billion, which would weigh down the capital’s budget from 100 to 340 million. the year.