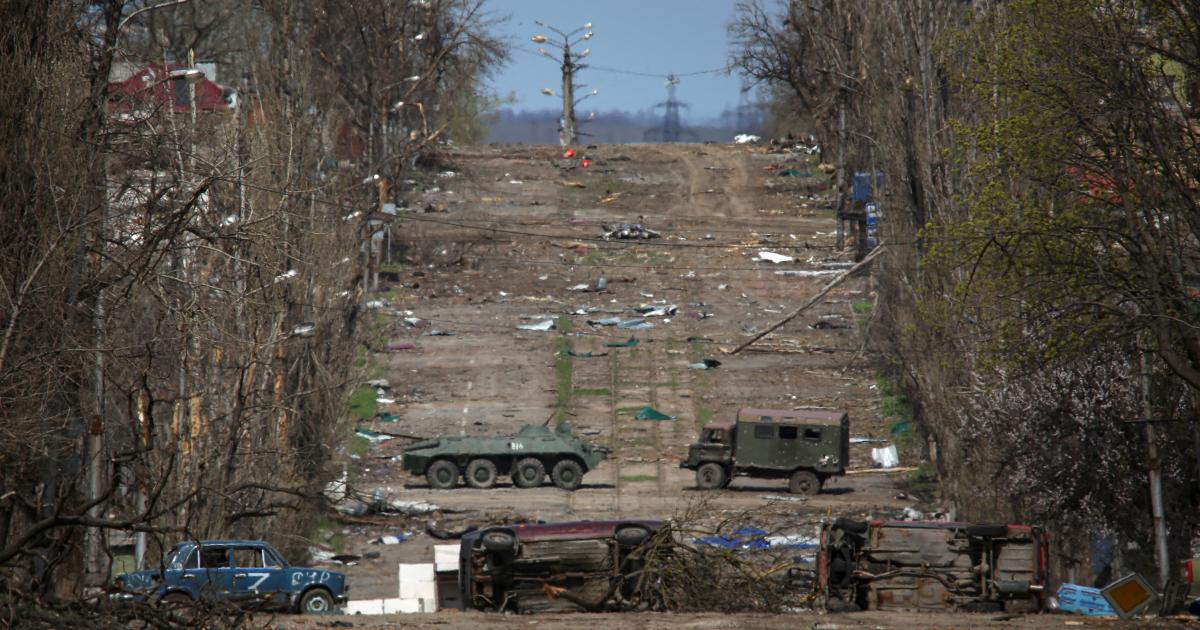 According to Ukrainian information, almost three quarters of all people have now left the part of the contested Donetsk region controlled by Ukraine. This is what the governor of the Donetsk region Pavlo Kyrylenko said on Ukrainian national television, like the Internet newspaper Ukrainian Truth reported on Friday morning. Accordingly, there are still around 430,000 inhabitants in the area. Before the Russian war of aggression began, there were still more than 1.6 million people.

According to the operator Maxar, satellite images also show a mass grave near Mariupol. The field has been enlarged in recent weeks and now contains more than 200 new graves, the US company said. A comparison of images from mid-March to mid-April suggests that enlargement began between March 23 and 26. The mass grave is located near an existing cemetery in the village of Manhush, 20 kilometers west of Mariupol.

According to Ukrainian sources, 19 soldiers and civilians were freed in a prisoner exchange with Russia. “We were able to bring back 19 people, including 10 military personnel, including 2 officers, and 9 civilians,” Ukrainian Deputy Prime Minister Iryna Vereshchuk told Telegram on Thursday. She gave no information on any Russians who might have been released in return. Initially, there was no confirmation of the exchange from Moscow.

It is the fifth time that the two warring factions have exchanged prisoners since the Russian attack began in late February, Vereshchuk said. According to the deputy head of government on Tuesday, 66 Ukrainians were released the previous time.

According to information from Kyiv, fighting intensified in several places in eastern Ukraine. The Russian units have intensified fighting along the entire front line in the Donetsk region, according to the morning report of the Ukrainian general staff on Friday. Russia is conducting offensive operations near the Zarichne settlement. It is still trying to advance around the city of Rubishne in the Luhansk region. Fighting also continued around the town of Popasna. According to Ukrainian information, this is already partially controlled by Russian troops.

There was also heavy fighting around Marjinka, as in the past few days. Russian units tried to advance here with the support of artillery. Information from the war zone cannot be independently verified.

According to Russian sources, peace talks between Russia and Ukraine are continuing. Russia is still awaiting a response to its latest proposals related to the deliberations, Presidential Office spokesman Dmitry Peskov said. One is surprised by the statement by the Ukrainian President Zelenskyj that he had not seen the latest proposals. Zelenskyy said on Wednesday that he had neither seen nor heard anything about a document that the Russian leadership had sent to Ukraine. He told the “Standard” (online edition) that Ukraine would not accept Moscow as a place of negotiation.