It is still head to head between Pd and Giorgia Meloni. What the polls say 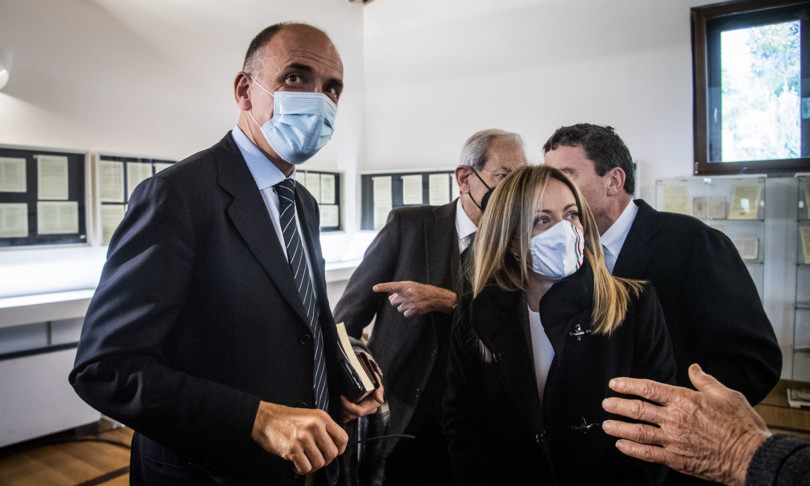 As we hypothesized no later than last week, the head to head between the Democratic Party and the Brothers of Italy continues, leading to a rotation of the two parties at the top of the ranking drawn up by our Supermedia of polls. This week, the Democrats are in first place, albeit by a trifle: 0.1 percent. FDI is following with 21.1%, however one of the highest figures ever recorded by Giorgia Meloni’s party.

On the other hand, the Lega and the 5 Star Movement continue to decline. Matteo Salvini’s party falls, for the first time in this legislature, below the threshold of 16%, recording the worst figure since the Politics of four years ago. Even for the M5S it does not seem to be a particularly happy moment: after the “rebound” made a few weeks ago – in the wake of a “pacifist” repositioning in relation to the war in Ukraine – today the pentastellati seem to be in difficulty again. This time, to damage the image (and therefore the prices) of the M5S could be the so-called “Russiagate”, ie the revelations published in recent days related to both the strange mission of the Russian army in Italy during the first lockdown (two years ago ), and the interlocution of the then Conte government with the Trumpian minister of justice, William Barr. The issue is particularly thorny for the Movement, since its leader, Giuseppe Conte, is still one of the politicians with the highest confidence rates – behind Mario Draghi and Giorgia Meloni – and therefore constitutes a significant “asset” for the consensus, albeit virtual, of the M5S: if Conte’s credibility is affected by these investigations, it is easy to predict that the data of the 5 Star Movement will be negatively affected.

As you can easily see by observing the historical trend of the various parties during the current legislature, the dynamic that has been taking shape in recent months seems more and more that of a two-way race between PD and FDI. Two parties that from the 2018 elections (on whose results, let us remember, the composition of the current Parliament depends) had come out heavily downsized – in the case of the PD – or in any case with a marginal position – FDI – compared to the two great “moral” winners of those elections, namely Lega and M5S. It is just the umpteenth demonstration of how, in this historical phase, the consents to political parties can change with extreme speed, opening scenarios that were unthinkable only a few weeks earlier.

But the evolution – or rather, the change – of the opinions detected by the polls does not only concern voting intentions. Nor can it be said that the great theme that has dominated the news and information and in-depth programs for almost two months (ie the war in Ukraine) has somehow crystallized the orientations of the Italians. The latest survey by the SWG institute reveals this well, which has recorded an interesting evolution.

As we have noted more than once, in fact, the clear majority of Italians have so far proved to be in agreement with the general approach followed by almost all the political forces – and obviously by the Government – as regards the firm condemnation of Russia and the attributing the greatest burden of responsibility for the current situation to its president Putin. Instead, they have shown themselves to be much more critical in relation to two specific aspects, corresponding to two decisions taken by the Government: the increase in military spending (in compliance with a commitment undertaken in NATO) and the sending of weapons to Kiev to help the Ukrainian army (and people) in armed resistance against invading Russian troops.

According to SWG, at least as regards the second theme – the sending of weapons – the Italians seem to show a gradual approach to a more favorable position with the passing of the weeks: to date, they would be in favor of sending weapons to the ‘Ukraine almost one in two Italians (49%) against 41% registered three weeks earlier.

It is quite possible that on this issue, as on other aspects related to the war, the chronicles that follow one another of cities razed to the ground by Russian bombing and of civilians killed en masse have helped to increase the propensity for an ever more direct involvement in favor of the Ukrainians. For the moment, however, these developments concern only public opinion, while the Government and in particular Prime Minister Mario Draghi seem to go straight ahead also with regard to energy policies, a central theme in economic relations between our country. and Vladimir Putin’s Russia.