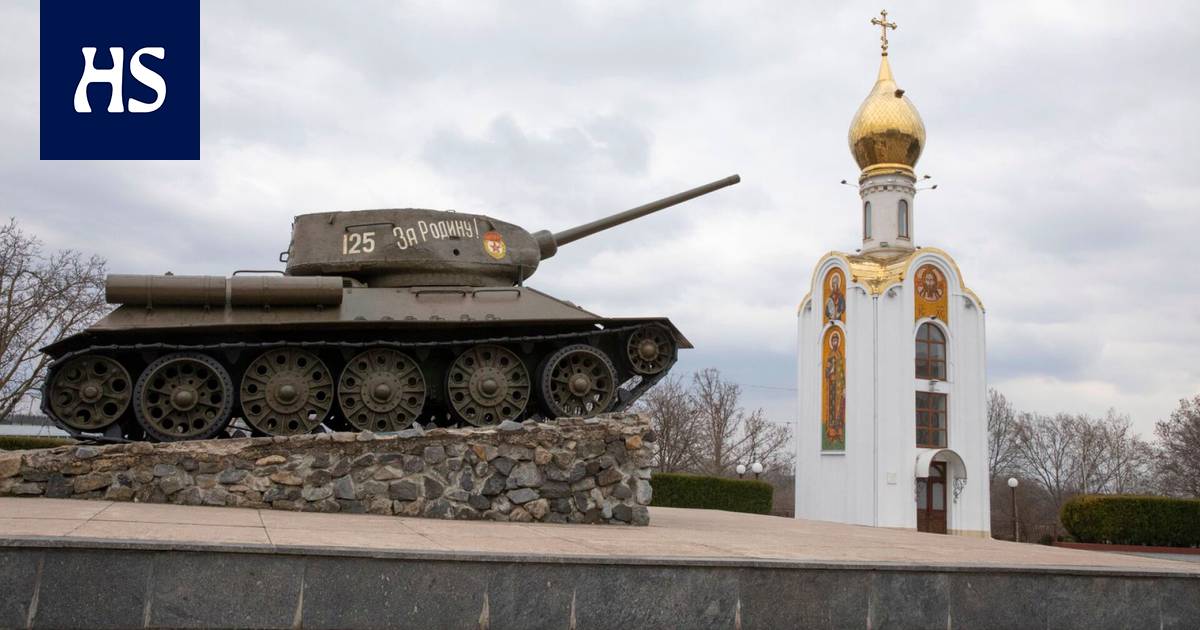 Moldova has repeatedly called on Russia to withdraw its troops from Transnistria.

Russian Deputy Commander of the Central Military District Rustam Minnekayev said on Friday about Russia’s next targets in the war of aggression against Ukraine.

In addition to Russia’s desire to take over eastern and southern Ukraine, Russia is seeking transit to Crimea and Transnistria.

“Control of southern Ukraine is another road to Transnistria, which has also been proven to oppress the Russian-speaking population,” Minnekayev said in a speech at the Sverdlovsk Region Defense Industry Conference.

The news agency, for example, told about the comments Interfax.

Transnistria is a small strip between Ukraine and Moldova. Almost 500,000 people live in the area of ​​more than 4,000 square kilometers, of which less than a third, according to 2015 data, were Russians, as many were Moldovans and less than a quarter were Ukrainians.

The Transnistrian regime is strongly pro-Russian, and Russia has been deploying troops there for several years. Although Transnistria declared independence as early as 1990, it has been recognized by only three state-like formations. Among these is the South Ossetia, which is practically led by Russia.

Transnistria was founded during the Soviet era by reformist Moldovan politicians who opposed perestroika. After the collapse of the Soviet Union, Russia remained in support of Transnistria.

Moldova did not give up, and as the conflict escalated in the summer of 1992, Russian forces brought 14th Army troops to Transnistria. At least a thousand people died.

A ceasefire was soon reached, but the 14th Army did not withdraw until 1994. Since then, there have been Russian “peacekeepers” in Transnistria, the exact number of whom cannot be easily ascertained from public sources. Estimates range from a thousand to 1,500 “peacekeepers”.

Gate of the Russian military base in the Transnistrian capital Tiraspol in March 2022. Picture: Aleksi Jalava

Moldova has repeatedly called on Russia to withdraw its troops from Transnistria. Also the UN has joined requirement at least in 2018.

In March, the European Union your linethat Transnistria is a territory occupied by Russia.

Since Russia invaded Ukraine in late February, Moldovans have been very concerned. The country officially began applying for EU membership only days after Russia began its attack.

On Friday in the evening, the Moldovan Ministry of Foreign Affairs invited the Russian ambassador to Moldova to interrogate Minnekayev for statements. According to the Foreign Ministry, Minnekayev’s statements are “unfounded”, says Moldovan broadcaster TRM.

Earlier on Friday, Moldova decided to ban the use of the ribbon of St. George, an important symbol for Russia, in the celebrations of Victory Day on May 9th. Moldovan news agency According to the IPN the use of tapes is fined.

Moldova is one of the poorest countries in Europe in terms of GDP. According to the United Nations High Commissioner for Refugees (UNHCR), more than 430,000 people have arrived in Moldova since the Russian invasion.

Russian the statement by Minnekayev, deputy commander of the Central Military District, immediately sparked a lively international debate. However, few experts seem to believe that Russia would be right in attacking Transnistria.

What is more, Russia either sees the use of Transnistria as an option or emphasizes that it is sticking to what has already been achieved in Ukraine.

For example, the director of Russian research at the Center for New American Security incubator leaned into the latter option Michael Kofman.