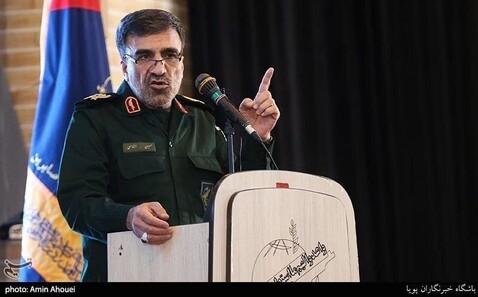 Gunmen opened fire on a car carrying a senior commander of the Revolutionary Guards in southeastern Iran, killing his bodyguard, Iranian media reported today (Saturday).Iranian General Hussein al-Masi, commander of the Sistine-Baluchistan province, was not injured in the attack and his attackers were arrested, the official IRNA news agency reported. Mahmoud Avshalom, the bodyguard killed in the attack that took place near a checkpoint in the capital of the province of Zahdan, was the son of a senior commander of shifts in the area, the news agency reported.

The Sunni Muslim province of Sistine-Baluchistan, near the Pakistan-Afghanistan border, has long suffered from unrest by drug smuggling gangs and Sunni Islamist militants fighting the country’s Shiite authorities. Many of Iran’s Sunni citizens are complaining about discrimination, a charge denied by the state.