The Russians are not making much progress on the battlefield 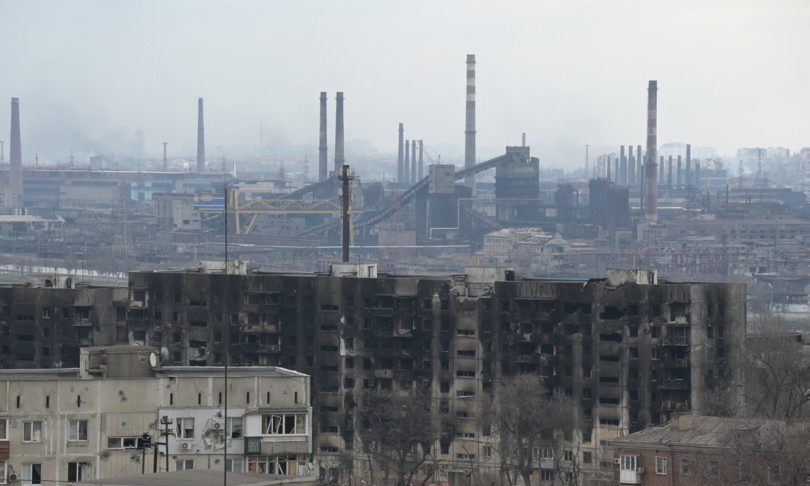 Another mass grave would have been discovered in Mariupol, according to a councilor of the mayor, Petro Andriushchenko. “We have received news of a mass grave of residents of Mariupol, dug in an attempt to hide the consequences of war crimes. It is located in the Livoberezhnyi district near the cemetery of the village of Vynohradne.

This further confirms that the occupiers are carrying out mass burial and cremation of the dead Mariupol residents in all districts of the city “Andriushchenko said on Telegram according to Ukrinform reports. The councilor also published a satellite image showing the mass grave area Another satellite image previously detected showed the mass grave area at Manush, outside Mariupol, where between 3,000 and 9,000 civilians killed by Russian troops could be buried.

According to the mayor of Mariupol, Vadym Boychenko, more than 20,000 civilians have died in the city since the Russian invasion, while about 120,000 have remained, with evacuation attempts proceeding slowly.

The Russian Defense Ministry assures that the situation in Mariupol “has normalized”, despite the reduced resistance in the Azovstal steel plant (thus confirming that it has control despite Kiev claims that the port city on the shores of the Azov Sea is still Ukrainian ). “In Mariupol the situation has normalized: the inhabitants now have the possibility to move freely on the streets without hiding from the bombing of the Ukrainian Nazis”, said the spokesman for the Defense Ministry, Igor Konashenkov.

According to the spokesman, humanitarian aid such as food, water and basic necessities are delivered to the population remaining in the city (about 100,000 people, according to Kiev). “The authorities of the Donetsk People’s Republic are organizing the clearing of debris from the streets and the removal of the affected Ukrainian military equipment.”

Konashenkov also assured that Ukrainian soldiers and troops of the Azov nationalist battalion and mercenaries from “the United States and European countries” who allegedly fight with them “are blocked in the territory of the Azovstal plant”.