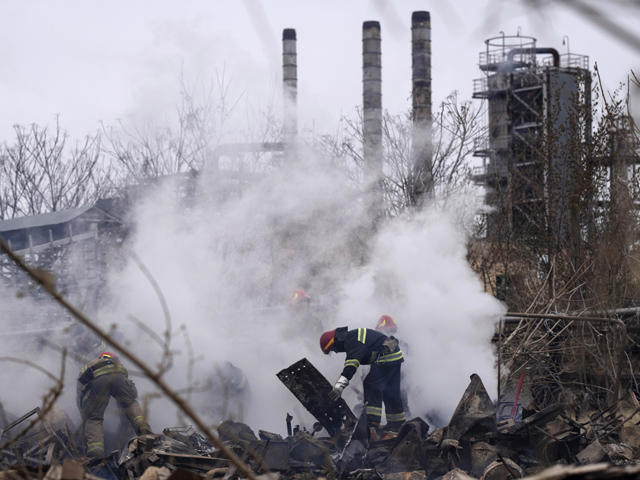 On Saturday, April 23, the Russian military carried out a rocket attack on Odessa and the region.

Andriy Yermak, head of the Office of the President of Ukraine, said five people were killed in the shelling of a 14-storey residential building, including a three-month-old baby. At least 18 people were injured. These data are being verified.

Operational command “South” claims that the cruise missiles were launched by strategic aircraft TU-95 of Russia from the Caspian Sea.

“During the conduct of hostilities, the soldiers of the anti-aircraft missile units destroyed two enemy cruise missiles (previously Kh555 or Kh101), which carried out a strike on the city of Odessa and 2 UAVs of the operational-tactical level, which allegedly carried out correction of the flight of cruise missiles,” the report says.

In the Lugansk region, the Russian military shelled residential areas of Popasna, as a result of which two civilians were killed and one was wounded. Also, the city of Zolotoy Luhansk region was subjected to artillery fire: two people died on the spot, two more were injured.

On the same day, the evacuation of civilians from Mariupol was once again disrupted. This was announced by the adviser to the mayor of the city Petr Andryushchenko. About 200 Mariupol residents were going to evacuate, but the Russian military drove up to them and ordered them to disperse, because “there will be shelling now.”

Andryushchenko also said that the Russian military is clearing the bodies of the dead from the rubble of the drama theater in Mariupol, destroyed by the bombing. “The invaders continue to “clean up” in the center of Mariupol. Now the rubble of the Drama Theater is being cleared. In the process, the invaders pack the found bodies of the dead in plastic bags, move them by tractors and trucks to a storage facility in the industrial zone near Nikolskoye Highway. Then, after filling, they take them to Mangush, where they dump it in an embankment into a 300-meter trench,” Andryushchenko said.

Note that in Mariupol, according to British intelligence, fighting continues.