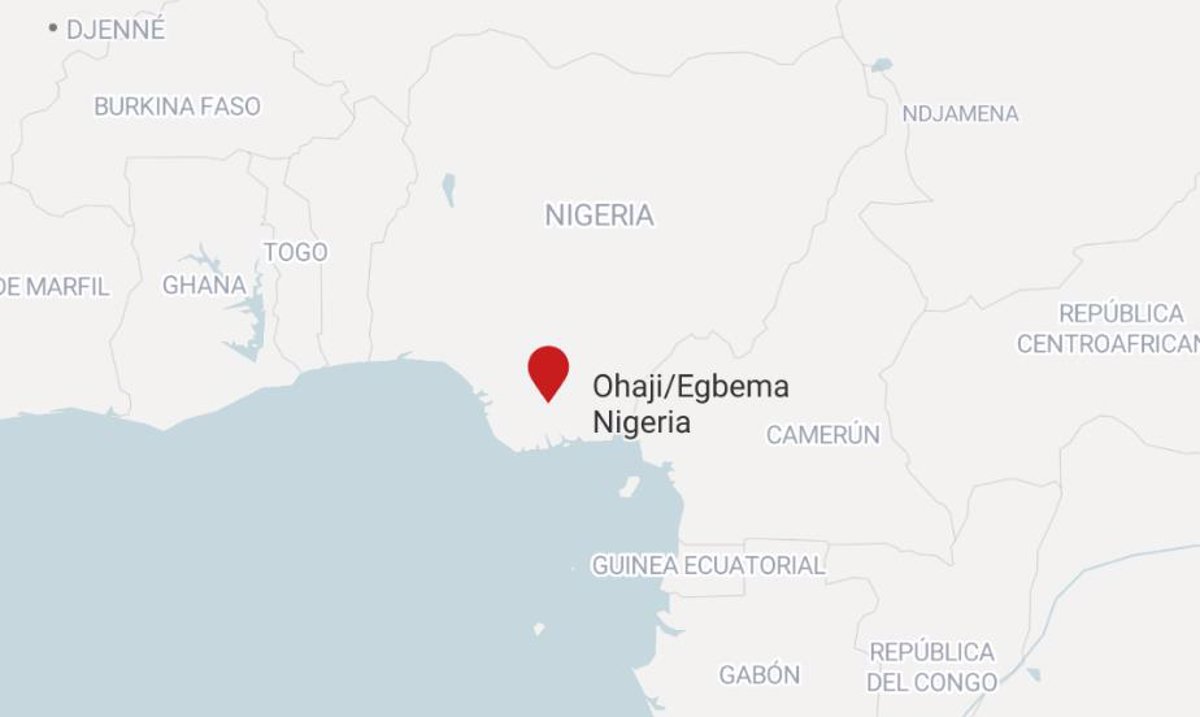 At least one hundred people have died in the night from Friday to Saturday due to an explosion at an illegal hydrocarbon refinery located in the Abaezi forest, Ohaji-Egbemna, Imo state, in southern Nigeria.

The director of the Youth and Environmental Defense Center (YEAC, for its acronym in English), Fyneface Dumnamene, explained to the newspaper ‘Vanguard’ that it was his organization that sounded the alarm early on Saturday through the program Network of One Million Youth Volunteers and Human Rights Defenders in the Niger Delta.

“The explosion has burned several vehicles that were waiting to buy illegal products,” explained Dumnamene. “There are unrecognizable charred bodies on the ground and others who tried to run away have been left hanging from tree branches,” she said.

A special envoy of the ‘Punch’ has visited the place this Saturday and has assured that he has seen no less than 50 corpses charred to the point of being unrecognizable.

The commissioner of Petroleum Resources of the state of Imo, Goodluck Opiah, has indicated that “at the moment I cannot confirm the death toll because many relatives have taken many bodies.”

In addition, he explained that the regional government has declared the search and capture of the owner of the illegal refinery, whom he has identified as Okenze Onyenwoke. “It is a very sad development. The Imo state government has declared that Okenze Onyenwoke, the owner of this illegal refinery, is wanted and captured. I recommend that he turn himself in to the police,” he said.

“This is cruelty. It is economic sabotage. It is also destroying our young people. I ask young people to stay away from this type of illegal business. There are many legal businesses with which you can earn money,” he argued.

In addition, Onyenwoke stressed that “in addition to this calamity”, the incident “has destroyed the aquatic life of the community” and recalled that most people work in agriculture and fishing.

A neighbor, Ejike, has lamented that “no one has survived”. “Those who were rescued yesterday have died this morning. The death toll exceeds one hundred. It is sad. There are people pressed looking for their relatives, but the sad thing is that the victims were burned and are unrecognizable,” he explained in statements to ‘Punch ‘.

Another witness quoted by the ‘Daily Post’ explained that “there were people who were approaching”. “They found more than a hundred burnt people and 150 with severe burns were rushed to the villages for treatment,” he reported. Many of them were turned away from the health center in his village.