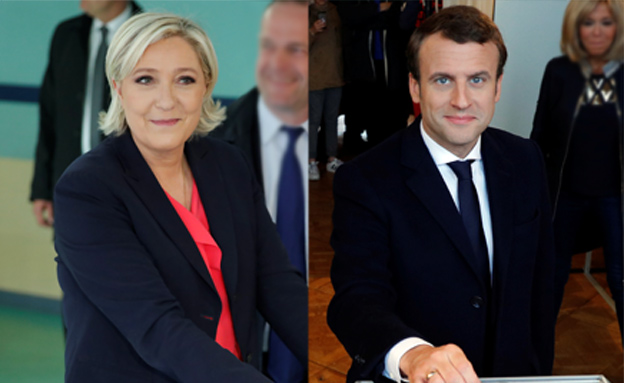 Five years after the last presidential election, France will go to the polls today (Sunday) with the same two candidates – incumbent President Emanuel Macron opposite Marin Le Pen, leader of the National Front party. Macron hopes to be the first president elected to a second term in the last 20 years. Le Pen hopes to amaze the world and get from the far right to the Elysee Palace.

Recent opinion polls give the center’s leader a solid 6% -15% advantage, despite Le Pen’s efforts to soften its image and downplay some of the “national front” policies. However, a surprise Le Pen victory cannot be completely ruled out given the high percentage of voters who are undecided or unsure at all whether to vote in the second round.

While polls show that none of the candidates can count on adequate support, much will depend on voters who consider the fear of the rise of the far-right leader in the face of anger and disappointment from incumbent President Macron. If Le Pen makes history, her victory is likely to be accompanied by a sense of political upheaval as in the British vote to leave the EU or in the 2016 Donald Trump victory.

Macron, 44, warned of a “civil war” if Le Pen – whose policy includes a ban on wearing a veil in public – was elected, calling on Democrats of all kinds to support him against the far right. Le Pen, 53, has focused her campaign on the cost of living in the seventh-largest economy in the world, which many French people say has worsened as a result of rising global energy prices. She also referred to Macron’s leadership style, which she said indicates “elitist contempt for ordinary people”.

Le Pen’s messages resonate with many voters. “She is close to the people. She can really give people purchasing power, make people smile, give people oxygen,” said Erika Rabin, a 43-year-old warden, at the conclusion of an election rally.

Others, like Gillain Medley of Aucks in central France, disagree. Medley, a 36-year-old hair stylist of Moroccan descent, voted in the first round for far-left candidate Jean-Luc Melenchon, but today she will vote for Macron to prevent the rise of the far right. However, she declares that many of her clients will vote for the far-right candidate to overthrow Macron.

The polls will open at 08:00 in the morning and close at 19:00, although in some of the centers in the big cities it will be possible to vote until 20:00 – then the first samples will be published. Voting in overseas France has already taken place and polling stations have also been set up in countries with a significant French population.

In the first round of elections On April 10, Macron won less than 28%, while Shellah won more than 23%. In this round another 10 candidates ran, and almost 50% of the votes were divided between them.