Nicaragua disarms the Organization of American States (OAS) office in the country, and Daniel Ortega’s dictatorship expels its representatives 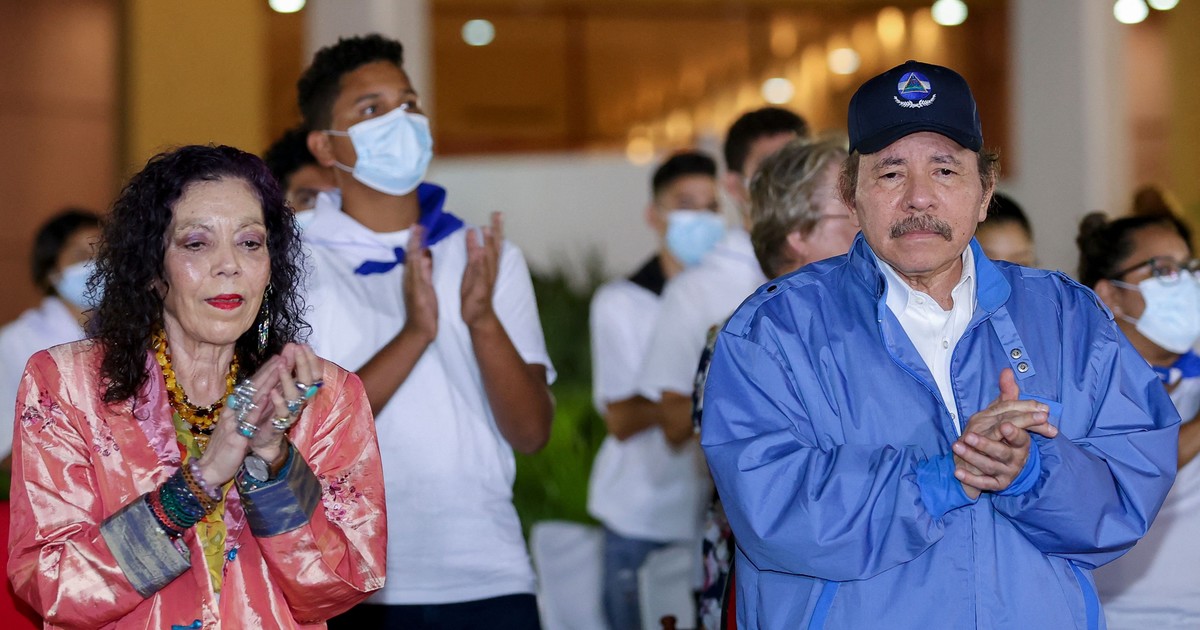 Nicaragua dismissed all Organization of American States (OAS) representatives from the nation and hastened his exit from the organization. Furthermore, Daniel Ortega’s rule was labeled as a “calamitous, truculent, and dishonest dependency of the State Department on Yankee imperialism.”

The door smash was untimely, although being announced five months ago. Foreign Minister Denis Moncada startled the world by announcing Nicaragua’s withdrawal from the Organization of American States (OAS) in a fiery press conference that featured disqualifications for the organization and praise for Cuba and Venezuela.

“We ratify our inexorable decision to leave the OAS,” a Nicaraguan government official declared when questioned about pursuing and imprisoning political opponents.

On November 19, the Nicaraguan regime had previously announced its intention to withdraw from the Organization of American States (OAS), which had overlooked Ortega’s election for a fourth straight term. He did, however, take another step in his tumultuous relationship with international organizations on Sunday.

“By affirming our irreversible complaint and resignation in the face of the State Department’s catastrophic, truculent, and dishonest dependence on Yankee imperialism, we also communicate that as of this day, we are no longer a member of all the deceitful processes of this horror.”

As a result, it will no longer be a member of the Permanent Council and the Summit of the Americas. He will also not attend any of the body’s committees or sessions. According to the official, it is a retreat “in utmost dignity.”

Nicaraguan also revoked the accreditation of his three OAS representatives and expelled the organization’s delegates from the nation.

“Neither will this terrible organism be allowed to set up shop in our land.” The official stated, “Your local office has been closed.” “Nicaragua is not a colony of anyone, so it is not part of a colonial ministry,” the Foreign Relations Minister continued.

The foreign minister used the occasion to express his “affection, admiration, and recognition” for two Ortega regime supporters, Cuba and Venezuela, which he said as “heroic.”

“We feel liberated from the recurring insolence of the personnel of the Yankee State Department, who represent servility, lackeyism, surrender, decrepitude, and the decay of a mediocre institutionality reduced by service to the Yankee,” he said in one of the most serious passages of his address.

“Managua, April 24, 2022,” he concluded the reading of the text, echoing the regime’s pretentious tone. Nicaragua is governed by a government of reconciliation and national unity.

Episodes of a shattered relationship

Nicaragua’s relationship with the Organization of American States (OAS) came to an end in November when the organization refused to recognize the presidential elections in which Daniel Ortega won despite the fact that the key contenders and opposition figures were imprisoned.

With the notification of the organization’s departure, the point of no return was verified. According to the regulations, it should take place within two years, giving the country time to fulfill any outstanding commitments. All official estimations were canceled after the broadcast statement on Sunday.

Ortega’s violent reaction was sealed by another occurrence. On March 23, Arturo McFields, Nicaragua’s then-permanent representative to the Organization of American States, startled the Permanent Council by describing Ortega’s rule as a “dictatorship” and denouncing the dire conditions of the opposition behind bars.

Furthermore, he stated that the government killed over 300 people during the 2018 protests, which resulted in the country’s biggest political crisis in recent history. The envoy went on to say that he could no longer represent a dictatorship that has over 170 “political detainees” in custody.

“I don’t understand the government’s motivations,” McFields told AFP after the announcement on Sunday. “However, this withdrawal occurs one month after my speech to the OAS.”

The end of the OAS tyranny is a moral victory for the Nicaraguan people, particularly the over 180 political detainees and their families. Nicaragua has reason to be optimistic.

The agency’s offices “have always been in our country and were a part of Nicaragua’s historic pacification process.” In Nicaragua, offices representing peace agreements have been closed. “The administration is shutting down a window of opportunity for peace,” McFields added.

There have been more difficult chapters in the past, when the OAS complained frequently about Ortega’s political opponents’ conditions and attempted to monitor elections, such as the charges of election fraud in 2016, without getting results.

Despite the fact that Luis Almagro (OAS Secretary General) and Ortega signed an agreement to change the electoral law and avoid electoral manipulation, the project fell on deaf ears during the April 2018 protests, which resulted in 355 deaths, according to the Inter-American Commission on Human Rights (IACHR).

Given the severity of the repression, the Nicaraguan government refused to accept the Organization of American States’ efforts to find a solution to the situation, claiming that “intervention in internal matters” was not acceptable.

In December, the Organization of American States passed a resolution stating that Nicaragua is not adhering to the Inter-American Democratic Charter’s provisions and calling for the restoration of democracy in the country. Bolivia and Argentina were among the eight countries that voted no.