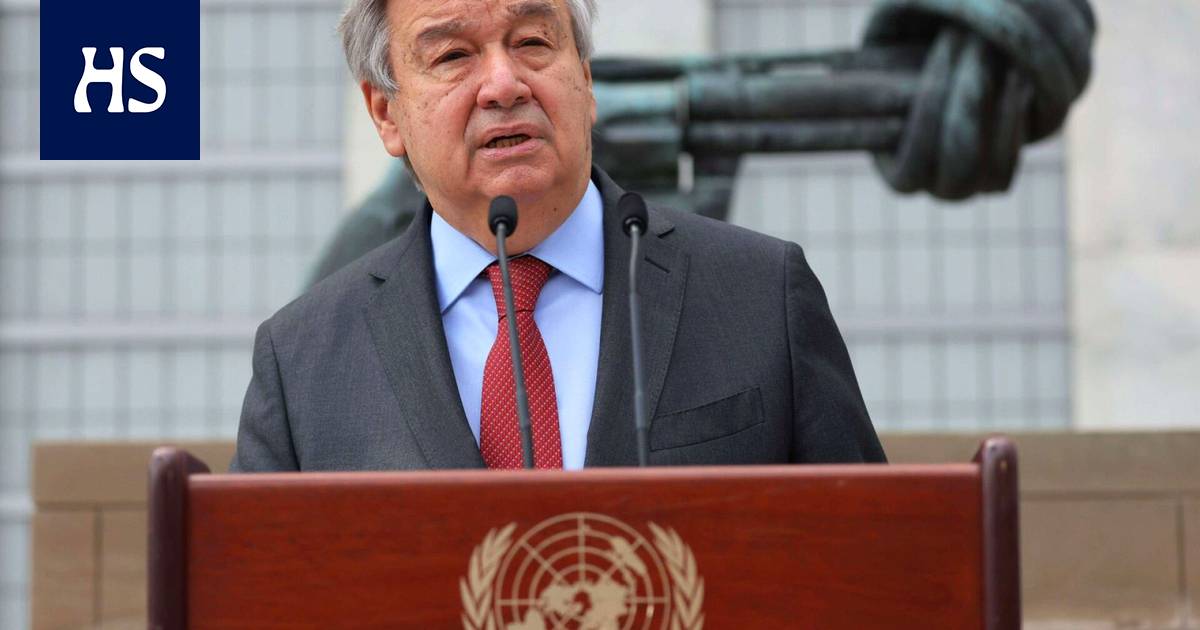 YK:n Secretary-General Antonio Guterres will meet with the President of Russia today, Tuesday Vladimir Putin and the Secretary of State Sergei Lavrovin In Moscow. The meeting is being held at the request of Guterres, who has repeatedly called for a ceasefire in Ukraine.

The day after tomorrow, Thursday, Guterres is scheduled to visit Kiev and discuss with, among others, the President of Ukraine Volodymyr Zelenskyin with.

Ukraine Guterres has been criticized for visiting Russia first and then Ukraine. Spokesman for the Secretary – General Farhan Haq said on Monday, however, there was no particular reason for the order of the visits and the schedule would have been agreed by the parties.

Minister of Foreign Affairs of Ukraine Dmytro Kuleba Guterres appealed to Guterres on Monday in an interview with the news agency AP that Guterres would raise the issue of the evacuation of the besieged city of Mariupol.

Russia’s foreign ministry said Monday that the situation at the Mariupol and Azovstal steelworks would be the subject of talks between Putin and Guterres.

Farmers’ protest in the Netherlands: police shoot at 16-year-olds