Please note: this is how the Israelis who come to Batumi are stung 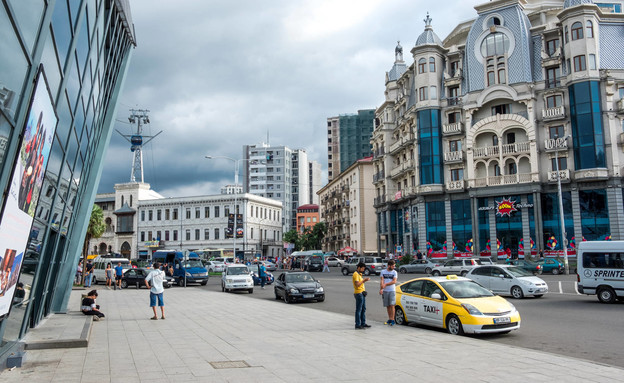 One of the most sought after destinations at the moment, along with the islands of Greece, Cyprus, Dubai and the USA, is in Tommy, Georgia, as the country is open to vaccinated Israelis, cheap and has quite a few flights to it. The latter were stung by local taxi drivers, who charged them exorbitant sums for travel within and outside the city.

For example, Hila and her husband, who arrived in Batumi a few days ago for a romantic vacation and were severely stung by taxi drivers. “From the airport to the hotel on the promenade in Batumi, they took from us 150 lari (about 150 shekels) instead of 50 lari. “From us, the taxi drivers, they said that they had stung us a lot and that we were suckers who had not checked the prices before,” Hila claims. “It’s a very horrible feeling that our first time in such a beautiful place we were stung. It’s theft and it ruined our whole vacation.“

>> Where can I fly now? Find out what the restrictions and requirements are for the destination you want to reach

>> This is what was forbidden to miss in Batumi

Gili and his girlfriend also rode a taxi from one side of Batumi to the other and the driver charged them 220 lari (about 220 shekels), with the normal fare being between 5 and 20 lari only. “It’s really oppressive,” Gili admitted. “Robbery in broad daylight. They know that a lot of Israeli tourists come to Batumi and they shamelessly sting us. And not for a shekel or two, but for hundreds of shekels for a trip within the city.”

It turns out that dozens more Israelis were stung by taxi drivers in Batumi, in what became a real epidemic. “During a 15.minute drive in the city, the driver took us 150 lari. We thought it was the price, but then it became clear to us that we had to pay no more than five lari. If these stings continue, Israelis will not reach Batumi,” said Cha.

And what can be done? Tour guides recommend that Israeli tourists ask drivers to operate a meter. If the driver refuses, a ride within Batumi must pay between five and 20 lari at most. Travel from the airport to hotels in the city center and on the promenade no more than 50 lari.

“I have heard many complaints from Israelis about drivers who stung them. I suggest that before taking a taxi, find out the prices in advance and insist on the amount to be paid. If the driver does not want to operate a meter,” a travel guide noted. “If the driver charges an exorbitant price, you can take a photo of the taxi number and file a complaint with the police.“