Italy: The reform of the CSM and the code of ethics for senators 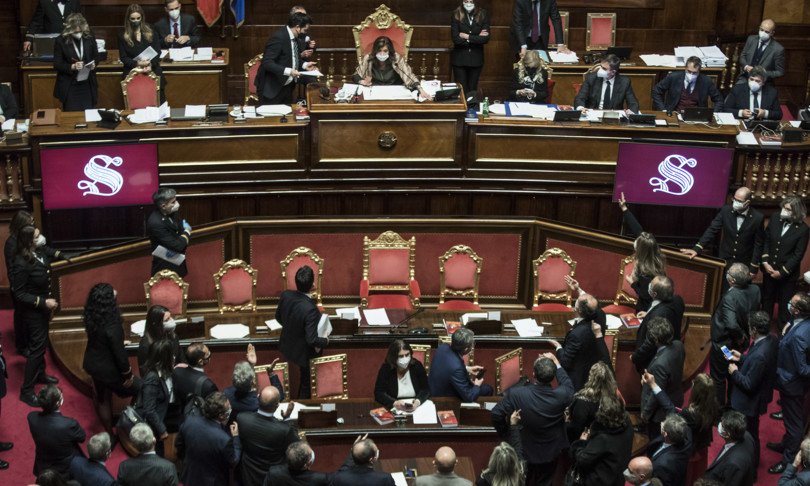 The stop of the M5s to send ‘offensive weapons’ to Kiev, the green light of the Chamber for the reform of the CSM, the code of ethics for senators and the farewell to Assunta Almirante. These are the issues in the foreground on the political pages of the newspapers on newsstands today.

THE REPUBLIC: Conte wants Draghi in the classroom on weapons. “No to the offensive ones, it’s the Piave line”. The background: for the premier the commitments with the allies do not change. In Kiev with other EU leaders. The new decree on military supplies will not pass through the Chambers. The idea of ​​going to Ukraine with Scholz and Macron or with a “European” mission. Interview with Emma Bonino: “Putin will be tried for crimes against humanity. Arrest warrant soon”. Justice, the Chamber’s yes to the reform of the CSM. Iv abstains. Lega: “Corrections in the Senate”. Assunta Almirante, the Empress mother custodian of post-fascism. The widow of the historic leader of the MSI died at the age of 100.

THE PRINT: Conte warns Draghi: “No offensive weapons in Kiev”. M5s will vote against supports that go beyond the right to self-defense: “Do we support a country to defend itself or to destroy Moscow?”. The new CSM: yes of the Chamber to the Cartabia reform, it is the best possible text. High tension in the center-right on the candidacies for the Administrations. Salvini yields: “Yes at the top”, but Meloni now fears bluffing.

THE NEWSPAPER: The new code of ethics of Palazzo Madama. Expensive gifts to senators: pillory over 250 euros. Cynical pacifist count: he does not want weapons but fears losing the Pd votes at the polls. The former prime minister speaks of the “Piave line” with an eye to the municipal authorities. The removal of Petrocelli is being studied in the Senate. Justice, interview with Marcello Pera: “The reform is weak. Now the referendums extended over two days”.

THE WEATHER: Goodbye woman Assunta Almirante, lady of the Italian right. Here comes the etiquette of the Senate: approved the code of ethics for the honorable, no more gifts and brawls in the Chamber. In theory …

LIBERO: Grillo wants to disarm Italy. The founder of the Cinquestelle launches the Costa Rica model, which in 1948 dismantled the militias to invest in education and healthcare. But the ostrich policy would be a disaster for our country. Tests of thaw between Meloni and Salvini: the Northern League tries to close the controversy, “we must meet soon”. Code of conduct at Palazzo Madama: luxury gifts to senators prohibited. Farewell to the widow Almirante: applause for Assunta. The godmother of the right who sent the conformist left to hell.

THE NATION: A more sober Senate, no more fighting, spitting and … mortadella. Justice and politics: Renzi’s parents in the courtroom but the file has disappeared. Moments of embarrassment at the appeal process, the defense wants the postponement. Then the judge lets go. And the pg asks for confirmation of the sentence.