Opening of the first railway bridge between Russia and China 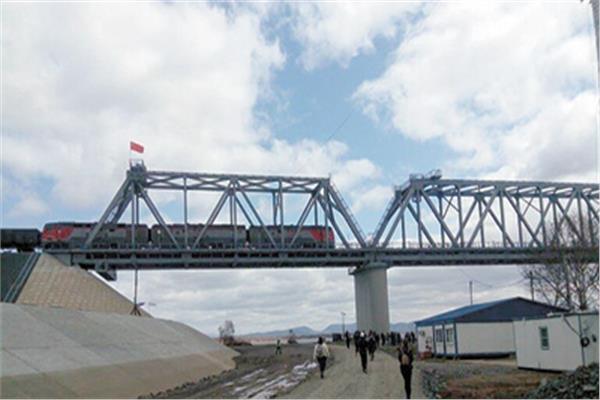 The opening ceremony of the first railway bridge over the Amur River from Russia to China took place in the Russian Far East Autonomous Province on Wednesday, and the inauguration ceremony of the train movement on the bridge was attended by the Russian Deputy Prime Minister, envoy of the President in the Far Eastern Federal District, Yuri Trutnev.

He said: “An important event took place for both the Far East and our country as a whole, and we were able to overcome all natural and climatic difficulties. The scale of infrastructure construction coincides with its importance in the development of Russian-Chinese economic cooperation, especially in the conditions of new challenges from unfriendly countries.”

The first railway crossing between our two friendly countries will become a major link in the new export route, a catalyst for the establishment of new industries and logistics centers in the Far East, and will improve access to many Far East regions simultaneously.”

He added, “We are ready for the inauguration of this bridge by Russia as soon as the Chinese partners announce the opening of their part.” The length of the bridge exceeds 2.2 kilometers, 309 meters of which pass through Russian territory. Russian”.