Guterres claims Russian collaboration with the ICC investigations from Ukraine 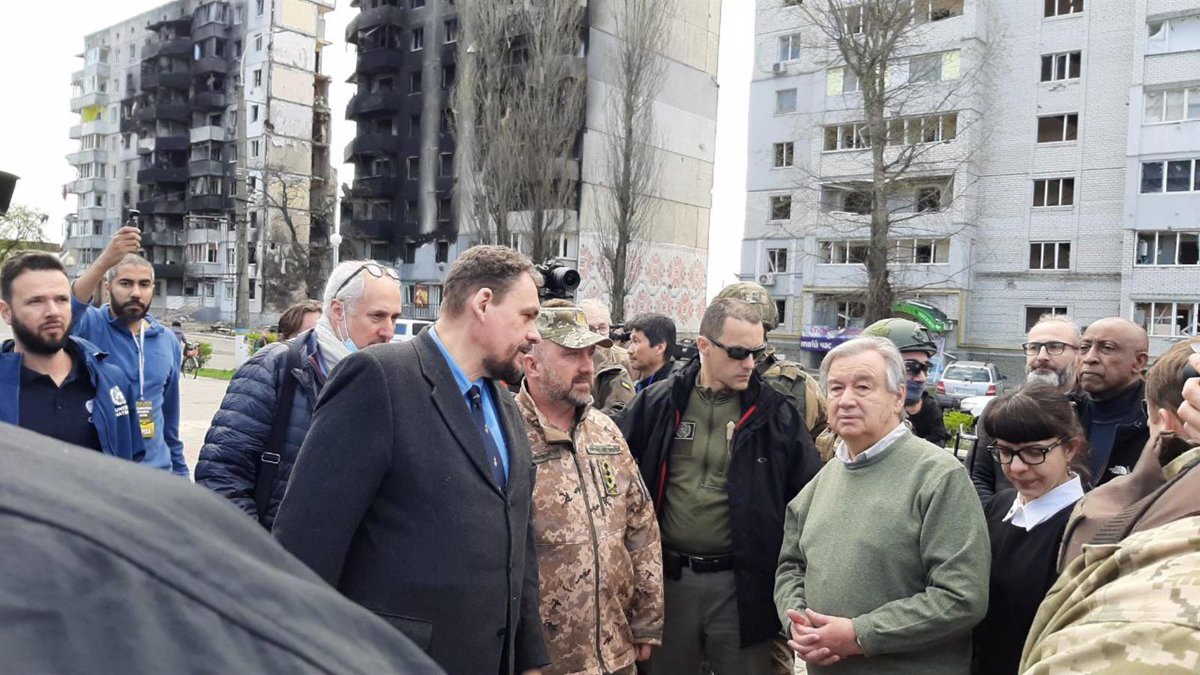 The Secretary General of the UN, António Guterres, has defended this Thursday from Ukraine that “war is something absurd in the 21st century” and has taken advantage of his visits to Bucha and Borodianka to demand that the Russian authorities collaborate with the open investigations by the Office of the Prosecutor of the International Criminal Court (ICC).

“Here, you feel how important there is an investigation and accountability,” Guterres said beside a mass grave in Bucha, according to British public broadcaster BBC.

The UN chief has given his “full support” to the investigations opened by the ICC Prosecutor’s Office to clarify the possible commission of war crimes and crimes against humanity. He wants Russia to “agree to cooperate” with these investigations.

However, he has called for “not to forget” that “the worst of crimes is war itself”, a message that he has reiterated from Borodianka, another area near kyiv that has also become a symbol of the abuses committed in the framework of the conflict.

“War is evil”, something that “cannot be acceptable in the 21st century”, he pointed out. Guterres has seen some of the damage done to buildings in Borodianka: “I imagine my family in one of those houses that are now destroyed and black. I see my granddaughters running away in terror.”

The Secretary General of the United Nations arrives in Ukraine after visiting Russia, where he met with both Foreign Minister Sergei Lavrov and President Vladimir Putin. In kyiv, he plans to meet the Ukrainian president, Volodimir Zelensky.