After the death of the oldest woman in the world in Japan: she is an heir … 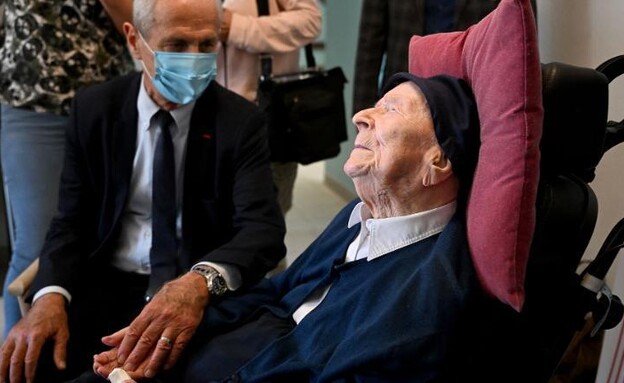 After the death of the Japanese Cana Tanaka at the age of 119, a successor to the title of the oldest woman in the world was found – sister Andre, a 118-year-old nun.She was born on February 11, 1904 as Lucille Randon, and according to a Guinness Book of World Records record, devoted most of her life to religion. Before becoming a Catholic nun, she cared for children during World War II, then devoted another 28 years to caring for orphans and the elderly in hospitals.

If her age was not enough, Sister Andre broke another record when she was defined as the oldest corona healer in the world. According to a Guinness statement, she was diagnosed with the virus early last year, and recovered after just three weeks – exactly on her 117th birthday.

In an interview with local television in France, Sister Andre seemed to have mixed feelings about her new title, which she described as “sad”: “I feel like I’ll be better off in heaven – but the good God still does not want me.”

In the nursing home where Sister Andre lives, she is said to enjoy eating chocolate and drinking a glass of wine every day. Celebrating her 118th birthday, she received a special handwritten greeting from French President Emanuel Macron. Macron is the 18th French president to serve in the nun’s lifetime, according to the nursing home. We further noted that since her birth ten popes have been replaced at the head of the Catholic Church.

Sister Andre became the oldest woman in the world after the death of Kana Tanaka from Japan at the age of 119 last week. The title of oldest man also belongs to another French woman, named Jean-Louise Kalman. She was born on February 21, 1875 and her life lasted 122 years and 164 days, according to Guinness.