The G7 regains unity: agreement on vaccines and the environment, compromise on China 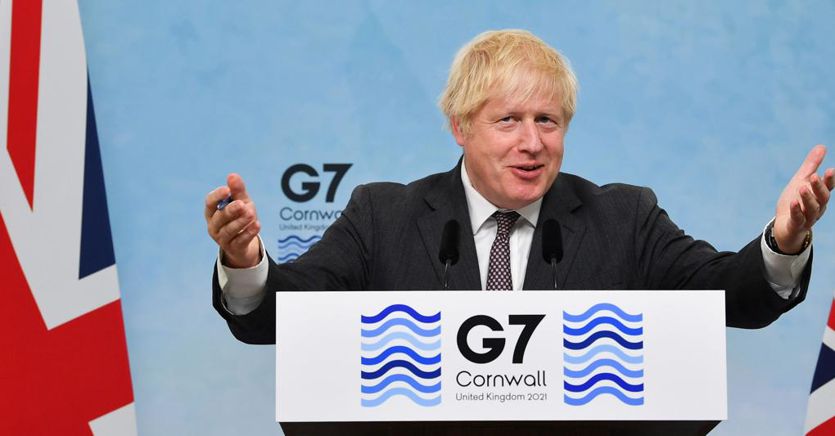 Biden, who had pushed for the hard line, said he was very satisfied with the outcome of the G7. “It is time for democracies to show that they know how to compete with autocracies,” he said in his final press conference. The G7 upped the ante by asking the World Health Organization for a new “timely and transparent” investigation into the origins of Covid-19. , an implicit criticism of the credibility of the latest report which according to several experts had exonerated China. Beijing reacted by declaring that the world has changed and now “a small group of countries” no longer decides the fate of the rest of the planet. A clear reference to the fact that the G7 countries once dominated the world economy, while now they represent only 40% of global GDP, mainly due to the rise of China.

Full agreement among leaders on the need to “vaccinate the world” with the aim of eliminating the coronavirus by 2022. The leaders have promised one billion additional vaccines against Covid-19 to be distributed in less wealthy countries in the coming months. The final statement confirms the commitment and underlines that since the beginning of the pandemic, the G7 has “contributed a total of over two billion doses of vaccine” between the Covax initiative and the actions of individual countries. The United States will contribute 500 million doses of Pfizer vaccine, 200 million of which this year, while the G7 countries will provide the other 500 million, with 100 million from Great Britain.

Johnson said today that the G7 acted for the common good and demonstrated that it had “rejected the selfish and nationalistic attitude that had ruined the initial global response to the pandemic and instead channeled all our diplomatic, economic and scientific forces to eradicate definitely Covid “.

Tensions between Great Britain and the EU

On the other hand, there is no sign of detente between Great Britain and the European Union on the issue of border controls in Northern Ireland. Saturday was an open confrontation after Johnson took a hard line, declaring that European leaders “do not understand that Northern Ireland is part of the United Kingdom”. On Sunday, Foreign Minister Dominic Raab again used harsh tones, declaring “offensive” the attitude of the EU that does not respect British territorial integrity. In particular, the French President Emmanuel Macron was targeted, guilty of having pointed out to Johnson in the bilateral meeting that an arm of the sea separates Great Britain from Northern Ireland.

By signing the Protocol last year, both London and Brussels agreed that Northern Ireland would remain part of the single market and customs union and therefore within the EU orbit. This has led to customs controls on goods arriving from Great Britain, which have created practical difficulties and political tensions. Johnson said yesterday he was ready to suspend the protocol. London asks the EU for “pragmatic solutions”, while European leaders ask the British government to respect the agreements made. There are no solutions in sight, but Johnson wanted to end the G7 in the name of bonhomie and glossed over the Brexit issue. The summit, the landlord declared in the final press conference, showed “a fantastic harmony on the vast majority of the dossiers” and achieved a “colossal” commitment to environmental protection.