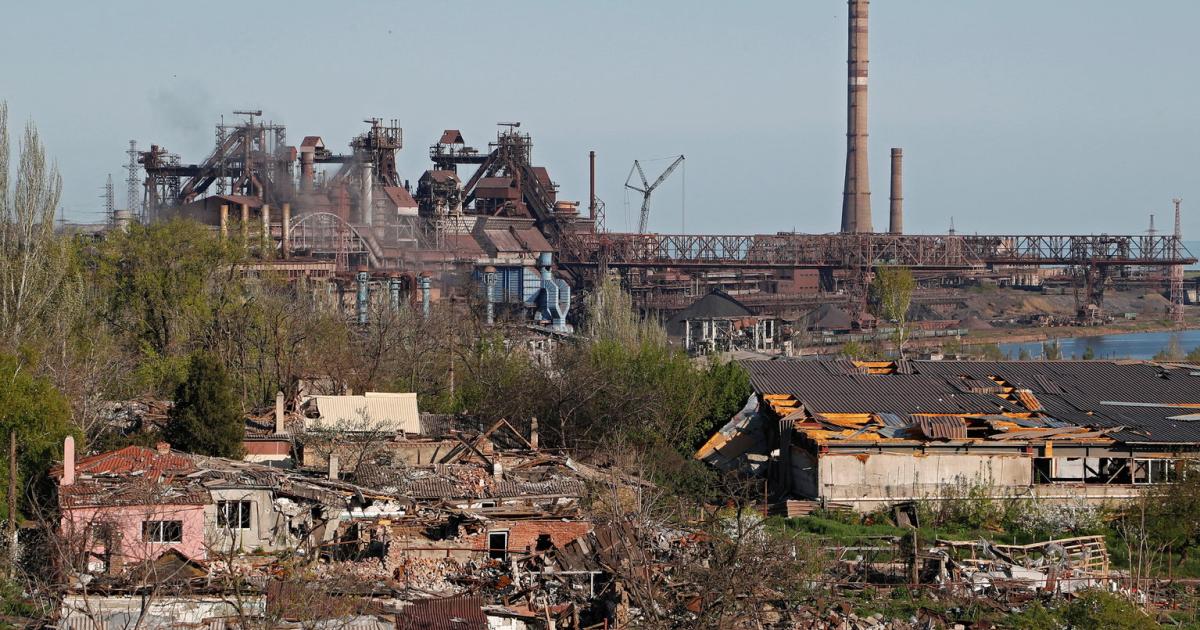 The southern Ukrainian port city of Odessa has also come under rocket fire.

Ukraine hopes for an early rescue of civilians from the Azovstal Steel Plant in Mariupol. “Today an operation is planned to get the civilians out of the plant,” the presidential office in Kyiv said.

The last defenders of the port city of Mariupol and numerous civilians have holed up in the steelworks.

Details of the planned operation were not initially known. UN Secretary-General Antonio Guterres is currently trying to evacuate people from the factory premises surrounded by Russian troops.

But the Kremlin refused.

“President Vladimir Putin has said it very clearly: civilians can go in any direction, the military must come out and lay down their arms,” ​​Kremlin spokesman Dmitry Peskov told the state news agency TASS. They are guaranteed life and medical care. But nothing more.

In a Russian attack on the im Azovstal Steel Plant entrenched last defender Mariupols the field hospital set up there came under heavy fire on Thursday evening.

According to a report by Ukrainian Truth at least one soldier died and around 100 patients suffered further injuries. According to the defenders, the hospital, in which around 500 wounded and doctors were staying, was specifically attacked.

A Russian reconnaissance drone had previously been destroyed. In the evening, however, several explosions could be heard in the city, among other things Ukrainian Truth.

Russification of Kherson will not work

Russian plans to consolidate control over the occupied Region Cherson in the south of Ukraine are according to the Ukrainian leadership doomed to fail. The secretary of Ukrainian Security Council member Oleksiy Danilov described the Russian-planned referendum in Cherson as “legally and internationally meaningless”.

The referendum with which the Russian occupiers wanted to proclaim a “People’s Republic of Cherson” is a “classic” with which Russia wants to legalize its actions. The introduction of the Russian ruble as a means of payment in the occupied territories is also “classic Russian practice,” said Danilov on Friday night, according to the Unian agency.

These efforts by the Russian side would not lead to success either. “They will try for some time to introduce a currency or pseudo-currency for these areas,” said Danilov. But in view of the resistance to be expected from citizens, this will be “very short-lived”.

Russian troops occupied the port city of Cherson and the surrounding area in early March. According to the Ukrainian The Russian occupying forces want to organize a referendum on the proclamation of a “People’s Republic of Cherson” in the near future, based on the example of the breakaway areas Donation and Luhansk. Moscow would like to use this to reinforce its territorial conquests in the south of the Ukraine strengthen permanently.

In his evening video address, Ukrainian President Volodymyr Zelenskiy once again emphasized the importance of Guterres’ visit. “It was very important that the Secretary General visited Borodyanka in the Kyiv region and saw with his own eyes what the Russian occupiers were doing there. There is no doubt that the Russian army in Ukraine laid the foundations of the world order established after the Second World War trampled underfoot,” said Zelensky.

After the conclusion of the talks with Guterres, a total of five rockets were fired at Kyiv. The United States is investigating the incident, it said. “We’re trying to analyze and find out what happened here, what was hit and with what kind of ammunition,” Pentagon spokesman John Kirby told CNN. Ukrainian authorities previously said the Russian military carried out the attack.