The hunt for ISIS that binds Biden’s hands: the mission is not over 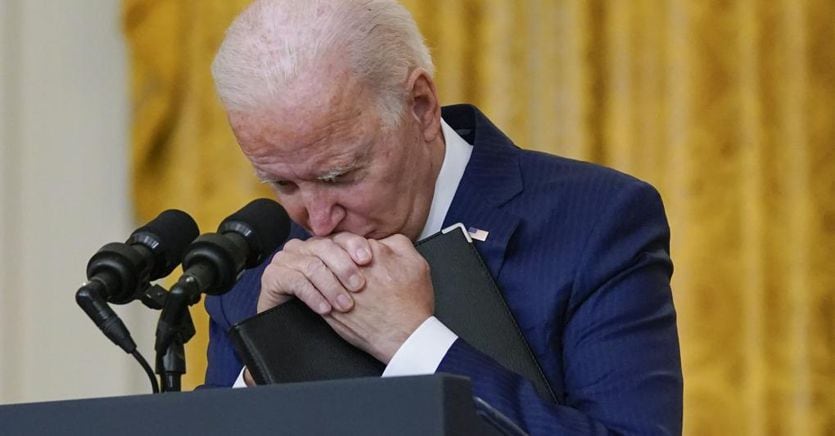 A “very difficult day”. These were the first words of Joe Biden, on the evening of Thursday 27 August, in his address to the nation after the attacks in Kabul which cost the lives of at least 13 American soldiers. A phrase with which, before politics, he wanted to summarize the shock, the emotion, the tribute to the victims and heroes of an entire nation that claims not to retreat from the most dramatic challenges. That sentence, however, hides another truth: harsh, perhaps harder days await the White House as it exits Afghanistan.

Evacuation in a state of siege

Biden first of all reckons the immediate risk of continued anti.American attacks in Kabul, which threaten the completion of an evacuation that has already turned out to be chaotic. The Pentagon has launched new alarms on suicide bombers, car bombs and rockets. But there is more: the specter of the return of terrorist organizations, in Afghanistan and elsewhere, capable of casting doubt on the entire withdrawal strategy. The erosion of credibility among international allies, poorly consulted, and adversaries. The looming of other unresolved issues, which require US leadership, has risen to the fore since yesterday with the meeting between Biden and the new Israeli prime minister Naftali Bennett: to defuse the nuclear threat posed by Iran, Biden said. diplomacy is the main road, otherwise there are “other options”.

Domestically, Biden is dealing with approval rates falling, to the lows of his presidency, at 47 percent. They are offensive matches of the Republican opposition, including calls for his resignation, but criticism has risen from the Democratic ranks themselves. The president can count on traditional American unity in the face of dramas. And he made his own new promises that are echoed in the country: that he will carry out the evacuation mission quickly. Who will do justice to those responsible for the attacks: “We will not forgive, we will not forget, we will hunt you down and we will make you pay”. Promises that will also become new tests: the completion of the evacuation and the punishment of the principals of an operation claimed by Isis.

Pressing for an immediate counter.offensive

There is already no shortage of tensions here: requests for immediate military counter.offensives, emergency congress meetings and extensions of the deadline for the abandonment of Kabul on 31 August have started. House Republican leader Kevin McCarthy has proposed a law to ban the total withdrawal of troops until all Americans are safe. Senator Marsha Blackburn has called for a massive resignation of the administration. Two Conservative MPs filed impeachment articles against Secretary of State Antony Blinken. Some have also used anti.immigration sentiments to attack the reception of thousands of Afghan refugees. Among the Democrats, the most severe criticism came from Senator Robert Menendez, who denounced agreements that entrust the security of the Americans to the Taliban. More than one targeted the mission’s inadequate planning: “We should have started the evacuation months ago, methodically,” said war veteran and Congressman Jason Crow.

The parallel with the Bay of Pigs

But even within the United States, for the administration, the battles go beyond evacuation and immediate peril. The former Defense Secretary Leon Panetta, Democratic Dean, made it clear: the nightmare is to be forced to bring troops back to Afghanistan after the withdrawal. «We will have to return to face the Islamic State. And probably al.Qaeda when it will rise again, how it will do, ”he warned. Panetta had already called the abandonment of Kabul a Bay of Pigs failure. Biden, in his address to the nation, said he takes full responsibility for the decision on Afghanistan. He reaffirmed that total withdrawal is the necessary conclusion of twenty years of conflict. That would always have been a difficult step. New “difficult days” could however wait for his White House to pass.