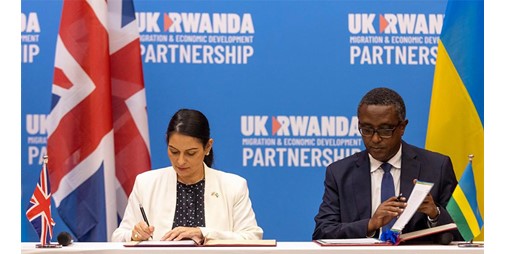 Rwandan President Paul Kagame has defended a controversial plan by the UK to send asylum seekers to the East African country, and said we are in talks with Denmark on a similar agreement.

The plan is expected to cost the British government about 120 pounds ($151 million).

“The partnership we have entered into with the UK has caused confusion among people as they say the UK gave Rwanda money to throw people here… We are not involved in buying and selling people, with the UK or anyone. It’s just a problem,” Kagame said in comments broadcast on state television. It needs to be resolved and Rwanda is ready to help.”

Kagame said he first conceived the idea of ​​hosting asylum seekers during his presidency of the African Union in 2018, after migrants fled the conflict in Libya across the Mediterranean to Europe.

The Rwandan president added, “We are happy to deal with the immigration problem. Because of the way we dealt with the Libyan situation, various countries have resorted to it and we are currently in talks with Denmark.”