Almost 160,000 people demonstrate in France against the COVID passport 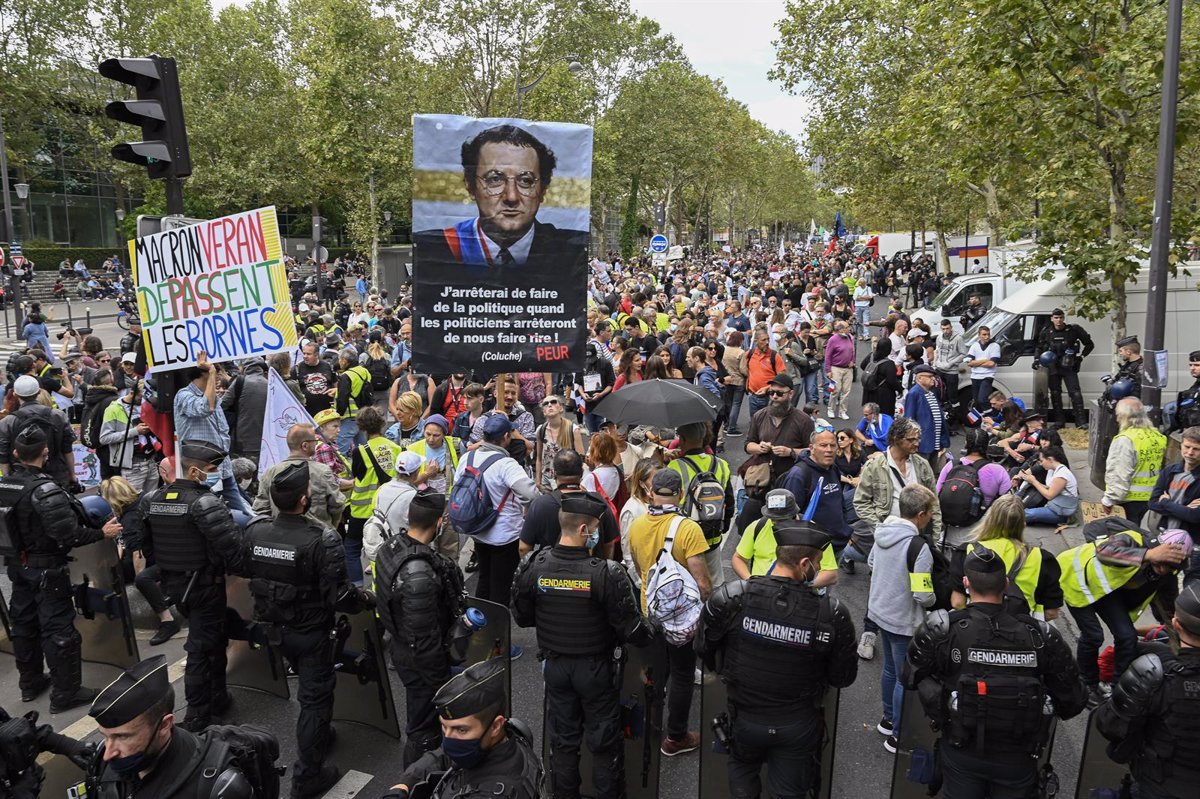 This Saturday 159,484 people have taken to the streets of the main French cities for the seventh consecutive weekend to protest against the implementation of the so.called COVID passport, according to data from the Ministry of the Interior.

Last weekend 175,503 protesters were reported in the country, pointing to a slight decline in protests, away from the 214,845 protesters two weeks ago.

Among the protesters this Saturday, 14,500 have been counted in the capital, Paris, and 16 arrests have been reported, two of them in Paris. In addition, Interior has reported three officers slightly injured in riots.

In total there have been 222 demonstrations and rallies throughout France, with the main events in Rennes, Lyon, Lille, Valence, Toulouse and Perpignan. Apart from the one in Paris, the two most important events were those in Montpellier (9,500 attendees) and Mulhouse (5,500 attendees).

In the capital there were four marches since early afternoon in which slogans such as “freedom” or “resistance” have been heard.