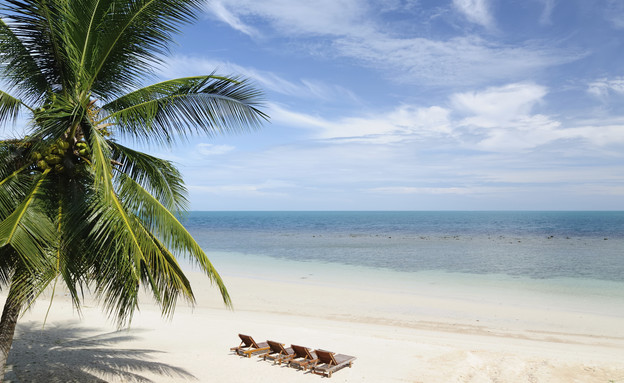 tragedy: A 9-year-old Israeli boy died today (Sunday) after being burned by a venomous jellyfish on the island of Ko Phangan in southern Thailand. Medical teams gave him immediate medical attention and evacuated him to the hospital, but were forced to determine his death shortly after. The Foreign Ministry knows the details of the case and is in contact with the boy’s family.

According to the report in Thailand, the tragic incident took place on Had Rin beach. The boy apparently swam outside the net that was in place and was designed to protect the bathers from the deadly jellyfish – and was subsequently burned. Thailand’s natural resources and environment minister referred to the boy’s death, saying authorities would step up patrols in the area, add first aid kits to beaches and work to raise awareness of the dangers of jellyfish burns.

A 9-year-old Israeli boy has died after he was stung by a box jellyfish while swimming at Haad Rin beach on Koh Phangan in Southern Thailand. He was given immediate first aid and rushed to hospital, but his life could not be saved https://t.co/IPvWKmdkAO #Thailand

On the shores of the Asian country live venomous jellyfish that can be deadly, and in the past have caused deaths and injuries. Three years ago, Israelis living in Kosmoy were hit by a cubic jellyfish, and ended the day in hospital and in danger of death: “We felt our feet burned, we reached the shore with our last strength.” According to them, there were no warning signs: “We felt helpless.”

In 2015 a 31-year-old woman was stung by the same jellyfish on a beach in Copenhagen, and died at the hospital about an hour later. Following the incident, doctors warned against night swimming in the area.