The hot September of the parties, between administrative and reforms 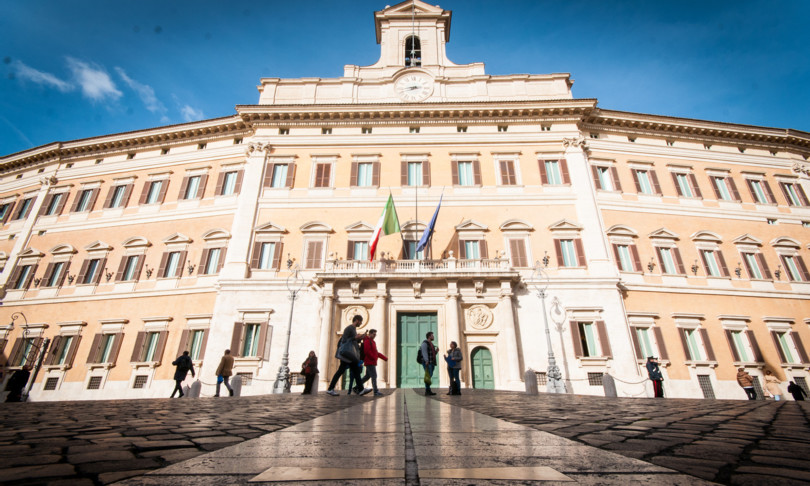 The electoral campaign for the administrative, on the one hand, ei parliamentary work on the other hand, they promise that it will be a particularly hot September what you are about to open for political forces– Also in August the leaders and the main exponents of the parties did not spare vitriolic exchanges and requests for resignations. This is the case of Pd and Lega: the first, with Enrico Letta, he pressed until the League’s undersecretary resigned Claudio Durigon, after he had expressed the desire to change the name of the Falcone e Borsellino park in Latina to return to that of the Duce’s brother, Arnaldo Mussolini. The League, for its part, is now shelling the minister daily Luciana Lamorgese, judged not up to the task of the Northern League secretary Matteo Salvini–

To this are added the suspicions of the leaguers on a possible dem plan to bring a Pd to the Quirinale and the concern for Salvini’s words that he seems to want to anticipate the end of the Draghi government before 2023. Tensions that seem destined to increase with the approach of the vote in early October and that will also affect the largest municipalities such as Rome, Milan, Naples and Turin. But not only. To keep up the tones of the political confrontation between forces that – it should be remembered – govern together is also the semester blank, which began on 3 August with the impossibility of an early dissolution of the Chambers, a bugbear for most of the elected representatives in Parliament.

The risks of this state of things, however, are not lacking and concern the measures waiting to be approved, first of all those connected to the National Plan for restart and resilience, the NRP. As Draghi himself explained, greeting journalists before the holidays and claiming the good work done so far, upon returning the government will have to put in place “the same determination, if not greater, to face the challenges and the answers we have to give to problems. urgent, serious “and in particular” there are all the problems concerning work and safety “, he stressed.

Draghi listed among the various issues on the agenda, first of all, the Covid issue: “What to fear more in the months to come? We must be sure that we have done everything to prevent the pandemic from worsening: we do not know whether it is enough or not – Everything is done based on today’s evidence and data, “he noted.

Therefore, pandemic and work, but also the school chapter, with the restart in the presence – this is the goal – of the school year. Then the companies in crisis (the Cdm in the last session before the holidays launched an ad hoc decree, postponing the entry into force of the business crisis code to May), the reform of social safety nets, the agenda of the NRP, the delegation on tax reform, the delegation on competition: “In short, the list is long”, admitted the premier himself.

Although not immediately in September, but in any case before winter, the government will then have to tackle two other ‘thorny’ issues: the citizenship income and Quota 100– The first is a historical workhorse of the 5 stars, who do not intend to give it up despite the ‘pickaxes’ coming from the other majority political forces, Italia Viva in the lead (“It is too early to say whether it will be reformed but the concept behind I fully share the citizenship income “, said Draghi). The second is a bulwark provision of the League, but it ‘expires’ at the end of the year and in the majority there are those who already give it as deceased.

A meticulous work by mediation by the premier also on the tax front: the Finance Committees of the House and Senate carried out a long series of hearings as part of a fact.finding investigation (lasting six months), drafting a draft proposal. Initially scheduled for the end of July, the government delegation bill on tax reform has been postponed to September. The tax reform is part of the road map of reforms to be approved under the NRP: tight deadlines, therefore.

The thorns of justice

The government will also have to pass the competition bill, which was postponed to September in order not to add tension to those already in place on the penal reform. Then there is the very thorny chapter of justice: not only the penal reform, which has already overcome, not without difficulty, the first obstacle of the vote in the House and which will be examined by the Senate immediately when work resumes at the beginning of September and whose text should arrive in the Chamber ‘ armored ‘(recourse to trust is by no means excluded) to avoid assaults on diligence and modifications (already announced by the 5.star leader Giuseppe Conte) which would involve a third reading of the provision already the result of difficult mediation and, therefore, reopening the dossier would be risky.

In the autumn there is also the reform of the civil process, under examination by Palazzo Madama. The technical commission commissioned by the Minister of Justice Cartabia has prepared its proposals, now it is up to the political forces to reach an agreement on the whole of the text.

Civil justice and speeding up the timing of trials are among the commitments undertaken with Brussels in the context of the NRP. Finally, the issue of the reform of the CSM. Also in this case the Cartabia commission has made some proposals. But the issue is among the ‘divisive’ ones and will not be quickly resolved, at least according to the forecasts of those who deal with the dossier. The referendum promoted by the Radical Party and supported by various political forces, first of all the Lega, which has already reached the threshold of 600,000 signatures throughout Italy, also looms over the reform.

As for the other issues for the attention of Parliament, in the Chamber, immediately upon resumption of work on 6 September, the decree on the Green pass is already scheduled for the Chamber, the measures of which came into force on 6 August. In all likelihood, the additional measures launched by the CDM on green certification will also be included in the text. Tensions cannot be ruled out: around 1,300 amendments have been presented to the committee (900 from the League) and in Salvini’s party some parliamentarians (about thirty) have already made their voices heard.

Also in the Chamber, immediately in September, the decree on stop at the big ships in the Venice lagoon– Among the topics on the agenda is the proposed law on wage parity, the fight against the gender pay gap and against gender discrimination in the workplace (the general discussion has already taken place, pdl strongly desired by the Pd) and the proposed law in the FdI quota on fair remuneration (but some problems of coverage, so much so that the text had to be returned to committee).

Finally, the chapter ‘rights’: the process of the ddl Zan against homotransphobia, under examination by the Senate but ended up on stand by for the divisions within the majority. Pd, M5s and Leu insist that it be approved without any changes in the same version already licensed by the Chamber, while Lega and Forza Italia want to eliminate some parts considered ‘divisive’ from the text (starting from gender identity). The votes of Italia viva were decisive, which in Montecitorio had voted in favor but in the passage to the Senate raised doubts by asking for some changes. In September the game on numbers in the classroom will reopen. The presidency of the Pd group of Palazzo Madama, before closing for holidays, decided to ask the first group leader after the summer break to return to the classroom immediately in September.

Subjected to less pressure but with a no less complex process, the bills being examined by the Montecitorio commissions onlegal euthanasia and on the legalization of cannabis– The collection of signatures for the referendum on the legalization of euthanasia, a month in advance, has already reached 750,000, out of the 500,000 required, thus exceeding the “security” threshold to return to the Supreme Court, safe from any possible error, misunderstanding or delay in delivery.

Over 500,000, according to the Luca Coscioni Association, come from “traditional” tables but to give the final acceleration was the online vote: 250 thousand have in fact exploited the new method of digital signatures, to which the collected ones will still be added in the municipalities, consulates, law firms and some groups that have joined the mobilization in recent weeks. Among the latest signatories there are also Roberto Saviano, Pif and Francesco Guccini. The different positions of the majority parties suggest a long parliamentary examination. In the freezer the other institutional reforms, from the electoral law to the ‘corrective’ to the cut of parliamentarians.

One thought on “The hot September of the parties, between administrative and reforms”