Evacuation from Mariupol. According to Denisova, “for the wounded, the clock counts” 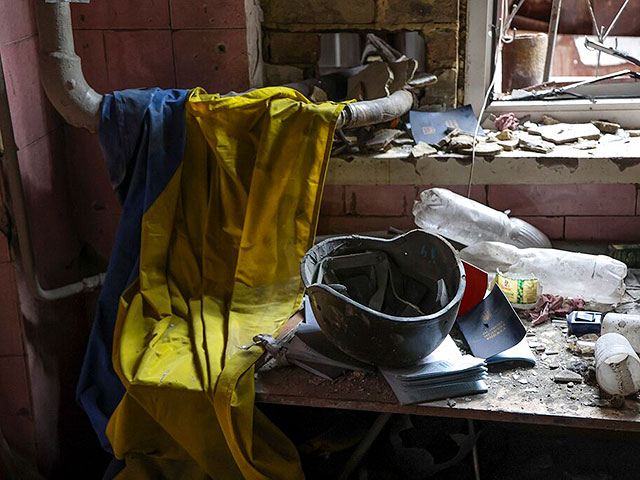 Ombudsman of Ukraine Lyudmila Denisova called on the world community to save the inhabitants of Mariupol.

“For the civilians of Mariupol surrounded by Russian troops and the wounded Ukrainian military, the clock counts. Despite all the promises, Russia does not allow people from Azovstal to evacuate,” Denisova said. Her words are quoted by TSN.

“Yesterday, air strikes continued on the plant. Tanks were at work, infantry assaults were carried out. The aggressor literally burns Mariupol. Not a single surviving building remained. After a massive bombardment, the number of military wounded in the hospital increased to 600 people. including doctors. There is a critical lack of food and water. There are no medicines left at all,” she said.

According to the Ombudsman, many civilian women, children, and the elderly are in shelters. Their exact number is unknown. According to the mayor of Mariupol, Vadim Boychenko, more than 300 people were hiding in bomb shelters, but then people from the destroyed buildings also joined. It is impossible to count the number of bomb shelters that have not yet collapsed and how many people are there. There is no silence mode for more than 60 days.

Meanwhile, on April 30, in the evening, the Mariupol City Council reported a possible evacuation from the city. Buses for evacuation should be provided by the Russian side. At the same time, we are talking about “the hope of getting to the territory controlled by Ukraine.”

According to the adviser to the mayor of Mariupol, Petr Andryushchenko, the Russians allowed the movement between the Left Bank district and other areas of the city.