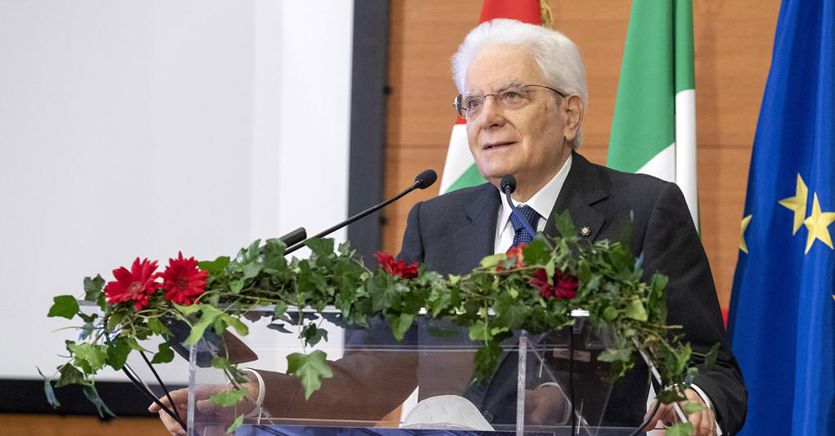 Migrants: EU must have a single voice to govern the phenomenon

Another theme at the center of the head of state’s reflection is that of the migration issue which is also intertwined with the consequences of the crisis in Afghanistan. On this point, explained Mattarella, the European Union “must finally have a single voice, it must develop, to a greater extent than has happened so far, a collaborative dialogue with other parts of the world, particularly with Africa, to govern together this phenomenon. Only a policy of managing the migration phenomenon of the Union can be able to govern it in an orderly, acceptable, legal way, without pretending to see what is happening for now, and without being overwhelmed by an ungovernable and uncontrollable phenomenon in a short time ” –

Ignoring the question, is the reasoning of the head of state, “does not solve it, it is as if the phenomenon were denied, but that phenomenon exists. Europe should take care of it, govern it with rules of legal and orderly access. I am surprised at the positions of some politicians who are rigorous in demanding respect for rights in other countries, but distracted in the face of the conditions of migrants fleeing from hunger and persecution ”. In short, migration policy «has never become a policy of the European Union. This gap does not match the roles and responsibilities of the EU », Mattarella reiterated. And the risk, also in consideration of the electoral appointments that cross the Old Continent, is that “in this way we end up entrusting the management of migration to smugglers and human traffickers”.

Pnrr: freezing antipizzanti give peace, there is no turning back

The discussion with the students in Ventotene also offered the President of the Republic an opportunity to return to the Recovery Plan and the resources put on track by Europe to face the serious crisis caused by the pandemic. «The European Union has changed a lot after Covid. The responses of the European Union have enabled Europeans to deal with the post.pandemic situation. Tools like the Next Generation cannot be a one.off. These tools will remain, I am convinced. The icy antipathyers of the Union give each other peace because these instruments will remain. You can not go back”.

Climate: more needs to be done for 2050 targets

The head of state then turned his gaze to the challenge on the climate and the decarbonization path to 2050 on which Europe is also committed, spending a very precise reflection on this piece. “The UN report is alarming and the 2050 objectives should not be disregarded – said President Mattarella — Some steps have been taken but more needs to be done, because a lot of time has been lost. What we are faced with is being able to survive or not survive at all. And there is no choice ».

Greetings from the president of the Spinelli Institute

Introducing the confrontation between Mattarella and the students invited to the seminar was the president of the Spinelli Institute, Giorgio Anselmi, who thanked the head of state for his participation in the event and recalled how Spinelli himself was, in 1981, on the occasion of his visit to Ventotene, “to suggest that the island become the seat of training initiatives for young people”. An invitation, explained Anselmi, “promptly accepted by the Lazio Region, which together with the Province of Latina, the Municipality of Ventotene and the federalist organizations, then set up the Institute” in July 1987.